How Nigerians coped with mental stress during COVID-19 lockdown

While the rest of the world grappled the with medical, physical and the scientific onslaught of COVID-19, IFEDAYO OGUNYEMI writes on how those whose mental wellbeing were challenged survived the emotional and mental shut down in spite of the lockdowns.

27-year-old Adeola (surname withheld) is one of those adversely affected by the ravaging COVID-19 pandemic. She was one of the private school teachers whose jobs were affected.

Saturday Tribune reports that in March, the Federal Government ordered the closure of schools across the country as part of efforts geared at containing the spread of COVID-19 after its laboratory-confirmed index case was recorded on February 28, 2020.

While the rest of the world tried to grapple with staying safe amidst the onslaught of the COVID-19 Adeola had multiple challenges. Top of the ladder is putting food on the table for her family of two. Her meagre salary has since stopped since the management of the Lagos-based primary school could not cope with the wage bill when the school closure occasioned by the pandemic bit hard.

The single mother of five-year-old Elizabeth almost fell into depression as the attendant restrictions of movement and lockdowns crippled her main source of income and depleting savings. She is just one of the 1,000,143 teaching and non-teaching staff in about 84,614 private schools directly affected by the pandemic as Yomi Otubela, president of the National Association of Proprietors of Private Schools, Nigeria (NAPPS) put it.

Otubela noted that over N72 billion in tax earnings has been lost by the Federal Government owing to the non-payment of salaries to teachers in the private schools since March.

While other teachers took to menial jobs to survive during the lockdown Adeola had to ration her savings. “I had no choice but to ask friends and relatives for support,” she said. Adeola continued, “I was not prepared for this. No one was but I had people to depend on when I ran out of my savings. I would have run into depression if not for this support I had.”

Dashed hopes amidst a pandemic such as the novel coronavirus has left many depressed owing to its lasting negative impact on the victims’ mental and emotional stability as the days run into weeks and months under social isolation.

While Adeola’s stressor was financial instability, many others experienced mental trauma caused by other stressors. But access to mental healthcare was challenged as most healthcare facilities focused on the pandemic.

One of those affected by the lack of physical access to mental healthcare is pregnant Adesewa (not real name) who had issues with her husband. Sensing its effect on incoming baby, she sought help from friends who referred her to a series of therapies conducted online using WhatsApp and Zoom.

Adesewa noted that even though the sessions were virtually organised, they helped her with trauma recovery and helped reposition her mental health prior to her delivery in May. “Those sessions I had with the Mind Therapist allowed me to give another interpretation to the situation I was faced with. They allowed and helped me manage the situation until I gave birth,” she said.

While Adijat, one of the patients who participated in the sessions with the Mind Therapist was pressured by her parents to marry, she also leveraged on the sessions to cope with her parents who she was staying with during the lockdown. 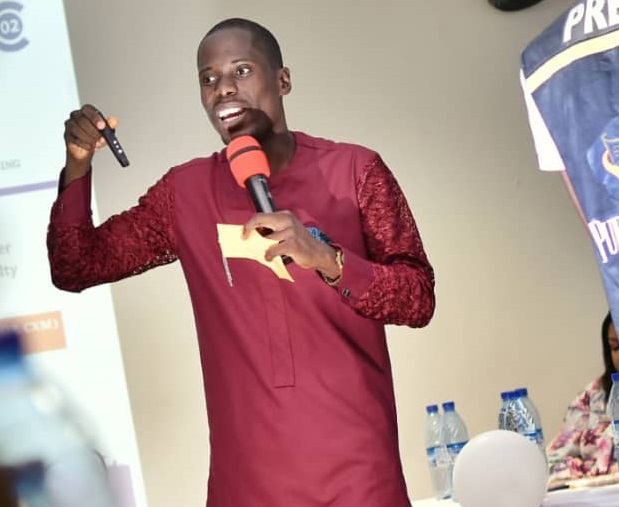 Adijat who is in her early 30’s said: “During the pandemic, my parents kept reminding me of how I should have been married and all. I daily sunk into depression. I’m almost emotional all day based on those discussions.

“The therapy made me navigate those emotions I had and also was able to have a heart to heart talk with my parents which I hadn’t had the courage to do before.”

Certified life coach and non-clinical psychotherapist, Micheal Jacob had, in April, organised a 5-hour daily free session with victims of mental trauma, a time when governments had instituted restrictions of movement and lockdowns to contain the spread of COVID-19 in the country.

Victims of fear, depression, boredom, worry and domestic violence were given free access to these mind therapy sessions while coping with other challenges brought by the pandemic. The sessions were supported by the Emotion Compass Academy which provides professional coaching, therapy and counselling for individuals and companies.

When asked about the rationale behind the free mental health sessions, Jacob who is also a certified early childhood experience trauma recovery therapist said: “As a therapist, I understand that when you alter the normal lives of individuals, there is a corresponding effect on the mental stability of such individuals.

“And considering the influx of patients I got at the beginning of the lockdown, I realised a lot would also have issues they want therapeutic interventions on but may not reach out due to funds. So I decided to fill in the gap with the programme.

“During April 1 to April 30, people could reach out to me from 1 pm to 6 pm. I had set out to attend to four persons per day but unfortunately, people couldn’t reach out between the stipulated time due to peculiarities of their situations particularly the married women. I still had to attend to them. Sometimes, I would be up late till 2 am attending to those calls. In all, about 30 people were attended to in April.”

While highlighting the challenges that tried to inhibit the successes of the programme, Jacob said: “Due to the nature of our conversation, most times we used WhatsApp call and sometimes network could be really funny particularly when I needed to conduct therapy via video call using Zoom or WhatsApp.

“I could recall I was attending to a victim with suicidal tendencies. Though it took a while to really grasp the issue owing to distance but with help of video call (therapy), we were able to help the client alter her dysfunctional mental state and provided guides to help restore her to a functional state. As a company, we saw it as CSR, as a person I saw it as giving back to humanity. So, we scheduled the session for periods that wouldn’t affect the ‘paid for’ activities of the company.

“And I also got the assistance of some other colleague in this line. When I have more than I could handle, I had to refer and the sessions were without a charge because we actually see it as CSR. During the pandemic, we still had paid clients.  The offer was strictly for people who can›t afford to pay or those who have peculiar situations and need urgent intervention such as depression,” he told Saturday Tribune.

Jacob noted that due to therapist-client confidentiality clause, he could not dwell on the identity of the participants of the programme, adding that the details of cases would also not explicitly stated.

Another person who also participated in these sessions was a private school teacher just like Adeola whose salary stopped coming in. The father of three also found it hard to feed the family. After participating in the session, he sought another source of income.

He told Saturday Tribune he started taking home lessons for pupils in the community despite the lockdown. “I went into a daily-payment home lesson where I asked pupils of primary around to pay N50 per day while those in secondary schools paid N100 each,” the teacher who does not want his name in print said.

The about N2,000 he rakes in daily were complemented by the proceeds from her wife’s chin-chin business.

• This report, under the Information Saves Lives project, was done with support from Internews. Have you come across any suspicious COVID-19 claim or working COVID-19-focused solution, submit for verification using this submission form

SARS: Beyond reforms, restructuring and bans

WEBINADEMIC: How nonprofits stepped up training for campus journalists despite…