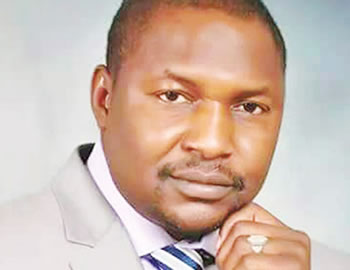 THE Attorney General of the Federation (AGF) and Minister of Justice, Abubakar Malami, said he is not behind the legal logjam in the Abia State governorship seat.

The AGF, in a statement through his Special Adviser on Media and Publicity, Comrade Salihu Othman Isah, at the weekend, was reacting to “insinuations and crass lies by a cross-section of Nigerians and various media platforms that the AGF is behind the legal logjam over the Abia State governorship seat and wish to clarify that those canvassing this position have no basis to do so.

“Of particular concern are those who have peddled ill-natured rumours with a view to misinform our discerning populace that the AGF and by extension, the Federal Government, gave directives to the Independent National Electoral Commission (INEC) to issue Certificate of Return to Dr Uchechukwu Ogah, declaring him governor-elect,” the statement said.

The AGF said in the statement that he has not taken any action either by spoken words or body language as far as the Abia governorship crisis is concerned.

In his words: “I wish to therefore, on behalf of my principal declare that these rumours are untrue and a figment of the imagination of those pushing these selfish, shameless and irredeemable lies into public space which only translates to partisanship on the side of its purveyors.

“As far as the AGF is concerned, the constitutional powers for the legal opinion of his office have not been invoked on this issue. So far, nobody has approached him to proffer any legal opinion to it.

“As a strong believer in the rule of law, it is his belief that the law should naturally take its cause. The AGF will not be dragged into this controversy and mind-games being played out by the various legal minds and spin doctors of both camps at this point.

“The parties involved should await the decision of the courts,” the statement said.

Meanwhile, the Abia State Chief Judge, Justice Theresa Uzoamaka Uzokwe, has said she is not on the run contrary to the impression created in a section of the media.

She denied allegations that she absconded from her duty post last Thursday, to avoid swearing-in Dr Uche Ogah as governor of the state, following the certificate of return issued him by the INEC, same day.

A statement by the Acting Chief Registrar, Abia State Judiciary, Mrs Vicky Analaba, said contrary to the allegation, the chief judge was in her office throughout work time last Thursday, from 8:30am till 4:30pm.

The statement read: “The attention of the Chief Judge of Abia State, Justice Theresa Uzoamaka Uzokwe, has been drawn to various spurious and mischievous reports alleging that the Honourable Chief Judge absconded from her duty post on Thursday, 30th June, 2016, to avoid swearing in Uche Ogah as governor of Abia State.

“Contrary to the allegations of cowardice by mischievous politicians, the chief judge was in her office throughout work time on Thursday, 30th June, 2016 from 8:30am till 4:30pm.

“For the avoidance of doubt, on Thursday, 30th June, 2016, the chief judge was in her court room performing her lawful duties, including the delivery of four rulings on that date.

“These facts are verifiable and in the records of the court. The various lawyers who appeared in the respective suits listed above are also living witnesses.

“This press release has become necessary in order to avoid further mischief and to set the records straight.”

In a related development, the Senator Ali Modu Sheriff—led faction of the Peoples Democratic Party (PDP) has waded into the governorship seat tussle between the incumbent governor of Abia State, Okeize Ikpeazu and Dr Uchechukwu Ogah with a view to reconciling the duo in the overall interest of the party in the state

The Deputy National Chairman of the Party, Dr Cairo Ojougboh, disclosed this to newsmen in Abuja at the weekend

Ojougboh stated that the party’s National Chairman, Senator Ali Modu Sheriff, was deeply worried at the turn of events in Abia State and was taking every step to resolve the crisis.

According to him, “all hands are on deck now to resolve the Abia crisis. Very soon, you will hear cheering news from Abia. We are on course.”

A Federal High Court sitting in Abuja had sacked the governor of Abia State over alleged invasion of tax and directed INEC to issue Ogah a certificate of return immediately and as well to be sworn in as the authentic governor of the state.

However, the governor appealed the judgment but INEC still went ahead and issued a certificate of return to Ogah.