Latest News
By Biola Azeez and Clement Idoko with Agency report On Jul 3, 2016 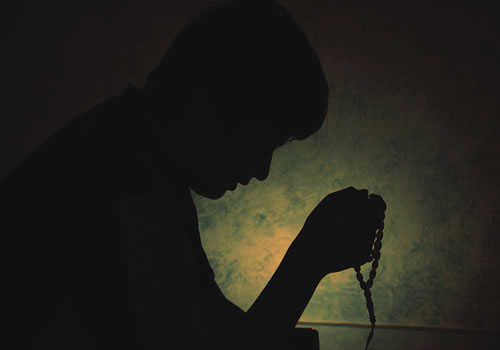 AS Ramadan winds up, the National Moon Sighting Committee of the Nigerian Supreme Council for Islamic Affairs (NSCIA) has advised its President-General, Alhaji Muhammad Sa’ad Abubakar, and Muslim faithful that crescent of Shawwal should be searched for on Monday, July 4, to signal completion of the holy month.

Speaking with journalists in Ilorin, on Sunday, the Secretary General of NSCIA, Professor Isiaq Oloyede, enjoined Muslims all over the country to be on the look out for the directive of the NSCIA on the completion of this year’s Ramadan.

Professor Oloyede, who was former vice chancellor of University of Ilorin, requested all media houses in the country to publicise the awaited announcement.

He also advised Muslims in the country to pray for peaceful coexistence in Nigeria, while he encouraged them to keep virtues and gains of the month as a spiritual guide for accelerated development of the nation.

Professor Oloyede, who felicitated with the entire Muslim Ummah in Nigeria and in the world on this year’s Ramadan, said that, “While reminding the Ummah of the necessity of paying Zakatul-Fitri with the intention of lifting the hearts of the indigent members of the community, the council urges all to ensure its delivery to the appropriate recipients (the poor) and guard against diversion by any agent or intermediary.”

Meanwhile, the Federal Road Safety Corps (FRSC) has deployed over 20,000 personnel including special marshals, along designated routes as part of measures to ensure sanity on the nation’s highways during this year’s Eid-el-Fitri Sallah celebration from July 3 to July 10.

This was contained in a statement on Sunday, in Abuja, by the FRSC Head, Media Relations and Strategy, Mr Bisi Kazeem, saying this year’s nationwide exercise was in partial fulfilment of the Corps’ 2016 strategic goals of reducing road crashes by 15 per cent and fatality by 25 per cent.

He said this was imperative in order to ensure safer road use during the festive period, usually associated with high volume of vehicular traffic.

He disclosed that the Corps Marshal and Chief Executive of FRSC, Mr Boboye Oyeyemi,  has directed the removal of obstructions from the highways while efforts should be geared towards improved traffic control, decongestion and public enlightenment campaigns through the distribution of safety handbills.

In a related development, the Nigeria Security and Civil Defence Corps (NSCDC) in Kwara State said on Sunday that it had deployed 2,500 personnel across the state to ensure protection of lives and property during the Eid-el-Fitri celebration.

Mr Pedro Ideba, the Kwara Commandant of the corps, disclosed this in llorin during an interview with the News Agency of Nigeria.

Why we empower Ibadan youths –CCII

Many rams, few buyers: How Muslims are lamenting as some rams cost N250000