• Govt not part of the ploy, people have the right to reject the increase - State govt 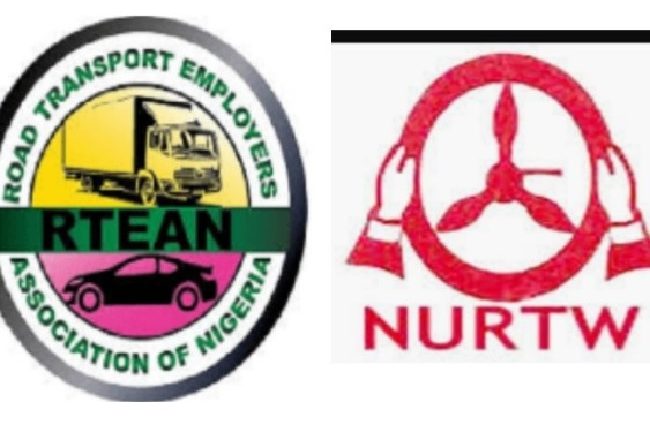 Commercial drivers under the umbrella of National Union of Road Transport Workers (NURTW) and Road Transport Employers Association of Nigeria (RTEAN) in Ondo State are on collision course over the hike in intra-city transport fares in Akure metropolis and other parts of the state.

Some members of the NURTW in the state have increased the taxi fare from N50 to N100 following the upward review of the daily ticket by the union in the state.

While the leadership of RTEAN in the state dissociated from the hike, rejecting the new transport fare and vowed to maintain the old rate of N50 per drop.

To this end, the state Chairman of RTEAN, Mr Adewale Bolarinwa, who directed his members not to increase the fare, described the increment as inhuman.

He alleged that some hoodlums suspected to be agents of the NURTW to have been moving around the town, attacking RTEAN members for not joining in the hike of the transport fare.

Bolarinwa however, insisted that his members would continue to carry passengers at old fare, maintaining that RTEAN was duly registered and called on the state governor, Rotimi Akeredolu and security agencies to call members of the NURTW to order.

He also warned NURTW members against attacking his members to prevent bloody unrest in the state, saying two of their members Kasali Akande and Tajudeen Kazeem who were matcheted over ticketing are receiving treatment in the hospital while their vehicles had been impounded by members of the NURTW.

An official of the NURTW who spoke on condition of anonymity, however, blamed the state government for the hike, saying it was a collaboration between both government and taxi driver union.

He said, “the ticket we used to pay N250 has been increased to N700, it is a collaboration between our union and government.”

However, the state government has distanced itself from the hike in the daily ticket of the taxi drivers from N250 to N700 which resulted in the upward review of taxi fare in the state.

Speaking on behalf of governor Akeredolu, his Special Adviser on Transport, Mr Tobi Ogunleye, said the government was not part of the increase, putting the blame on the drivers union, the NURTW.

According to him, “I don’t know how they arrived at that decision but I want to distant the government from this development. The government won’t have the authority and power to intervene in the business of any union.

“The issue of N700 per ticket is strange to us, it’s quite embarrassing. From history, NURTW had not been paying into the state coffers, okada rider, tricycle drivers have always been paying an appreciable revenue for the government and they did not increase their fare.”

Ogunleye who admitted that though the taxi driver union increased its taxes to government coffers this year but said the people could reject any price that is not favourable in a civil manner.

Meanwhile, the Peoples Democratic Party (PDP) in the state condemned the hike in taxi fare in the state, describing the development as insensitive to the plight of the common man.

The PDP in a statement issued and signed by its Director of Media and Publicity, Leye Igbabo, said the increment in the levy for taxi drivers is a ploy to compensate the drivers union for their roles during the last election.

The statement read “The PDP condemns in strong terms this importunate, inconsiderate, inhuman and insensitive action of the NURTW in a morbid rush to generate revenues that may ultimately find their way into the private pockets of a few privileged allies of the governor.

“Ondo State workers are already under the yoke of salaries that are not only irregular but reduced by 50 per cent. Why must the governor look the other way while those he enthroned milk the public dry?

“Our party thinks that instead of further overburdening the people who are only making ends meet amidst a ravaging pandemic, general unemployment and economic doldrums, the government should have looked inwards by blocking all the loopholes and conduit pipe through which the state resources are being fleeced uncontrollably.

“Our party, however, encourages the people of Ondo State to endure for a little time and pray along in that weeping may endure for a night; but joy comes in the morning, and the morning is at the door.”

Senate receives Buhari’s request to confirm ex-service chiefs, one other, as non-career ambassador-designates