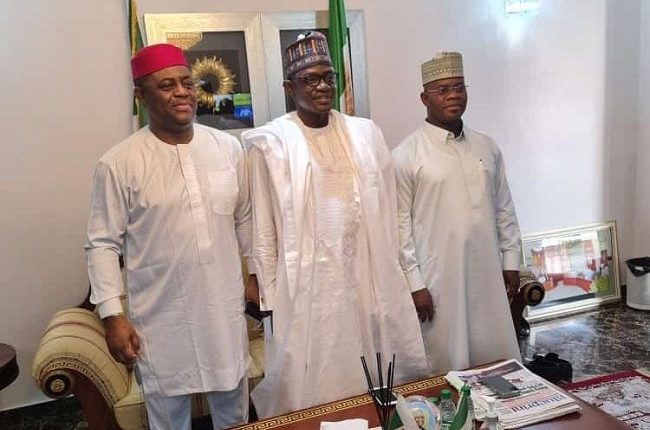 Prior to Monday’s meeting, Fani Kayode, who incidentally was Director of Media and Publicity, PDP presidential campaign organisation in the 2015 presidential election, had met with Kogi State governor and chairman, Mobilisation and Sensitisation Committee of the APC revalidation exercise, Yahaya Bello, at the weekend.

The PDP chieftain in a post on his Twitter handle did not deny his visit to Governor Bello.

The former minister who was silent on his Monday meeting with Governor Buni, however, claimed his meeting with the Kogi State governor was a usual meeting with a friend to discuss national issues. He hinted of “building bridges.”

His post on his Twitter handle read in part: “It was an honour to have spent quality time with my friend & brother Gov. Yahaya Bello of Kogi State last night. We had a frank, candid, fruitful & productive discussion about the way forward for our country. This is a clear case of politics without bitterness & of building bridges.”

The former aviation minister who had a brief romance with the APC at its formative stage dumped the party and vowed never to fraternise with the platform he dismissed as having a sinister ethno-religious agenda.