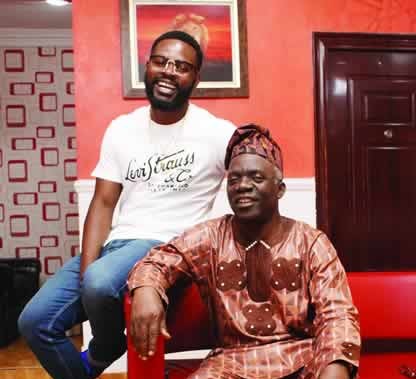 Senior Advocate of Nigeria, Femi Falana, has revealed that the popular Nigerian Artiste, Folarin Falana, aka Falz D Bad Guy, was born while he and some others were being taken from one prison to the other in the course of justice for the country.

Falana, who made this known at the Memorial Lecture of the Late Activist, Mohammed Fawehinmi, on Thursday, in Lagos, said this is the reason why he was not surprised about his active participation during the EndSARS protest that took place in the country.

It would be recalled that Tens of thousands of young Nigerians took to the streets to protest against police brutality after a video went viral of a man allegedly being killed by the notorious Special Anti-Robbery Squad (Sars), sparking what became known as the #EndSars demonstrations.

Falana said that was why he lambasted a government official who told him to call his son to order as a result of his participation in the protest.

He said this is similar to the situation of the Late Mohammed Fawehinmi who participated actively in the struggle for the liberation of the country because he was a circumstance of his birth.

Falana explained that Fawehinmi was born in the absence of his dad.

He noted that his dad was languishing in prison in 1969.

The Rights Activist, therefore, stated that why would such a person not become a defender of the status quo?

“A Government official told me to call my son to order during the EndSARS protest. So, I told the person you must be stupid.

“This was a boy that was given birth to while I was being moved from one prison to the other for fighting for a just course.

“So, what do you expect from such a boy?

“This is similar to the case of the late activist, Mohammed Fawehinmi. He was a product of the circumstances of his birth.

“He was born in the absence of his dad. His dad was languishing in prison in 1969.

“So, such a person wouldn’t have become a defender of the status quo,” Falana said.

Recalls that the late human rights lawyer, who was the eldest son of the legal icon, Gani Fawehinmi, died from COVID-19-related complications.