Expert to surveyors: Unite to drive inputs for success of profession

Real EstateProperty and Environment
By DAYO AYEYEMI On Dec 21, 2020 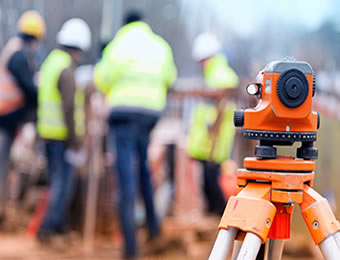 Land surveyors in both public and private sectors have been urged to settle their differences in order to drive inputs for the success of the profession.

Speaking during the 2020 Annual General Meeting of the Lagos Branch of the Nigerian Institution of Surveying, former Deputy Vice Chancellor, University of Lagos, Emeritus Professor Francis A. Fajemirokun, warned that division between practitioners of the profession must stop, urging them to see one another as partners in progress.

If not for the internal wrangling, he said there was no reason they could not have a revised law passed by National Assembly to take care of the shortcomings of the existing law.

In his paper on The Surveying Profession in Nigeria: Past, Present and Future, Fajemirokun stated that lack of unity has negatively affected the profession, hence the need to unite now.

He noted that a major cog in the wheel of progress within the profession was the recurring face-off between government and non-government surveyors, and between NIS and Surveyors Registration Council of Nigeria (SURCON).

Without a change of attitude, he said the problems would become a recurring decimal, proposing the need for a concerted effort to reconcile all sections of the profession.

“This will start with finding out the truth as to what wrong has been committed, the admission of guilt, and then full reconciliation,” he said.

The Chairman of Lagos branch’s NIS, Adesina Adeleke, seized the opportunity to intimate members of his achievements of his administration in the last one year and plans for the New Year.

Since the outbreak of COVID-19 pandemic, he said the chapter had taken several measures to mitigate its impact on the general public and surveyors to ensure business continuity.

According to him, the chapter donated a new Peugeot ambulance bus for the Lagos State government during the period.

According to the guest lecturer, NIS to which all of surveyors belonged would need to take a leading role in this effort.

According to him, more painstaking efforts should be made by all parties and stakeholders to find a solution outside the interference of the courts of law. This, he said must be the norm, in future.

‘Location is a great factor to determine value of properties’