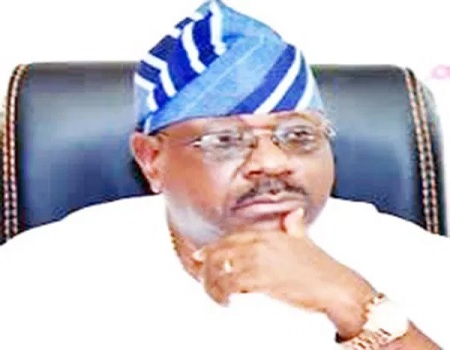 Share
Former Chief Executive Officer, Lagos State Traffic Management Authority, (LASTMA), Mr Chris Olakpe, is dead.
Olakpe, a retired Assistant Inspector-General of Police (AIG), reportedly died on Sunday night at the age of 65.
A top source in the agency, who did not want his name in print, said Olakpe was not sick and that he died last night, describing his death as very sad.
Also, another top source in LASTMA confirmed the death, saying the agency was making preparation to issue an official statement on the exit, even as he expressed shock over the death.
“We heard about death since morning, it was quite sad, very shocking. We are trying to reach out to his son for us to issue a statement on the death,” he said.
Born on June 5, 1954, Olakpe was a graduate of Sociology and Anthropology from the University of Nigeria, Nsukka, and the National Institute of Policy and Strategic Studies, Kuru, Jos.
He enlisted into the Nigerian Police Force as a Cadet Assistant Superintendent on July 17, 1980.
He joined the Nigeria Police Force in 1982 and traversed various commands, including Bayelsa and Plateau States where he served as Commissioner of Police.
Olakpe was also the Deputy Commandant of the Police Academy, Kano and Commissioner of Police of the Explosive Ordinance Disposal Unit, Lagos.
A member of the International Association of Bomb Technicians (IABT) and the International Association of Chiefs of Police (ICAP), Olakpe rose to become Assistant Inspector General of Police before his retirement in 2014.
He was appointed LASTMA CEO on November 2, 2015, by former Lagos Governor, Akinwunmi Ambode.

INEC to redesign polling units to comply with COVID-19 regulations