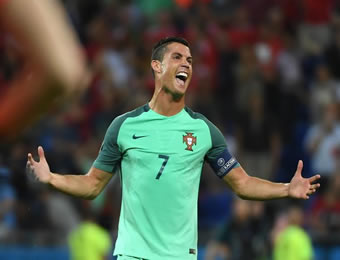 Cristiano Ronaldo on Wednesday night at Stade de Lyon, France netted his third goal at the ongoing Euro 2016 as Portugal defeated Wales 2-0 to qualify for the final of the tournament.

Ronaldo with the goal has equalled the nine-goal Euro record held by Michel Platini.

Portugal will face the winner between hosts, France and Germany in the final billed for Sunday at Stade de France.