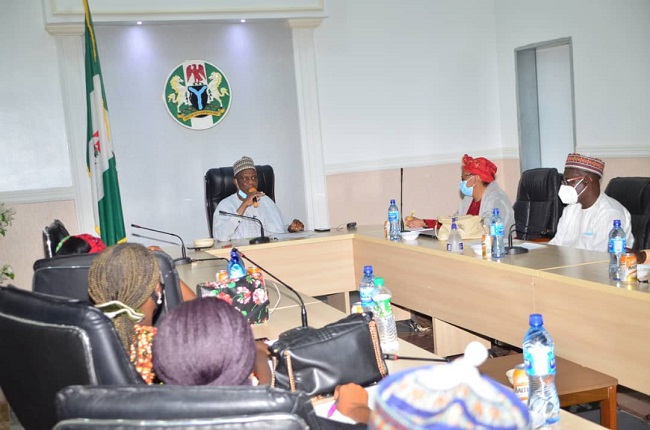 In its resolve to improve the health of citizens with a particular focus on women and children health, UNICEF and the EU have embarked on the construction and equipping of over 100 PHCs in Adamawa, Bauchi and Kebbi States.

The disclosure was made by Dr Zighe Icunoamlak, Health Specialist, UNICEF Field Office, Bauchi, saying that the project is under the UNICEF/EU collaboration which is aimed at reducing infant morbidity and maternal mortality rates in the three benefitting states.

She added that the EU-UNICEF collaboration was borne out of the need to strengthen primary healthcare delivery services particularly in the rural areas of the benefitting states with special attention on areas considered as hard-to-reach (HTR).

The UNICEF Health Specialist in the Bauchi Field Office, therefore, promised to maintain the cordial working relationship with the Bauchi State government in developmental projects, especially in the health sector.

In his response, Bauchi State Governor, Bala Abdulkadir Mohammed told the UNICEF Head of Health that his administration has plans to build Health Care centres in all the 323 political wards across the state in order to take Healthcare delivery services to the people at the grassroots.

The governor was represented by his Deputy, Senator Baba Tela was speaking while receiving officials from the EU-UNICEF led by the Acting Head of Health, UNICEF, Bauchi Field Office in his office saying that his administration is committed to the provision of quality and affordable healthcare services to the people.

He explained that the administration is already investing a huge amount of money to improve the health status of the people assuring that in a few years to come, every citizen of the state would have had access to quality and affordable healthcare coverage.

The governor also pointed out that the State government is working in close collaboration with development partners in order to achieve excellent results in the health and other critical sectors of the State to make life easy and worth living for the people.

While commending the support the state is receiving from UNICEF-EU and other partners, Bala Mohammed assured that his administration will not delay in the release of counterpart funding for ease of accessing the required services and support.