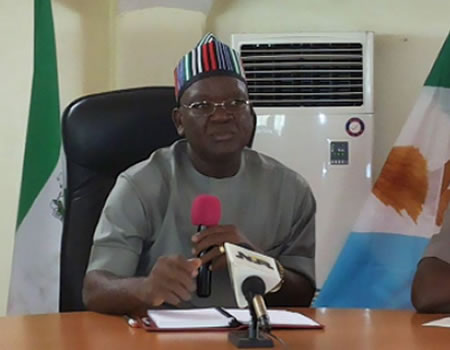 Governor Samuel Ortom of Benue State, on Wednesday, inaugurated a Judicial Panel of Inquiry into human rights violations by police and its notorious SARS unit.

The governor charged the committee to carry out a thorough investigation into the reprehensible activities of the police, especially, the SARS in the state.

Terms of reference given to the committee include; to receive and investigate complaints of Police
brutality, Human Rights violation or related extrajudicial killings;

Evaluate evidence Presented/other surrounding circumstances, and draw conclusions as to the validity of the complaints and to recommend compensation and other remedial measures where appropriate.

He said that the panel of inquiry is expected to submit its report within a period of six (6) months.

According to the governor, “I, therefore, call on all of you who have been given this important duty to carry out a thorough investigation into the reprehensible activities of the Nigeria Police in Benue State especially SARS by providing the opportunity for victims to come forward to testify

Ortom said that the State Government will soon set up the Victims Support Fund to enable payment of monetary compensation to deserving victims.

He also promised that the State Government will soon set up Special Security and Human Rights Committee to monitor the activities of the Special or Tactical Units that may be established by the Nigeria Police.