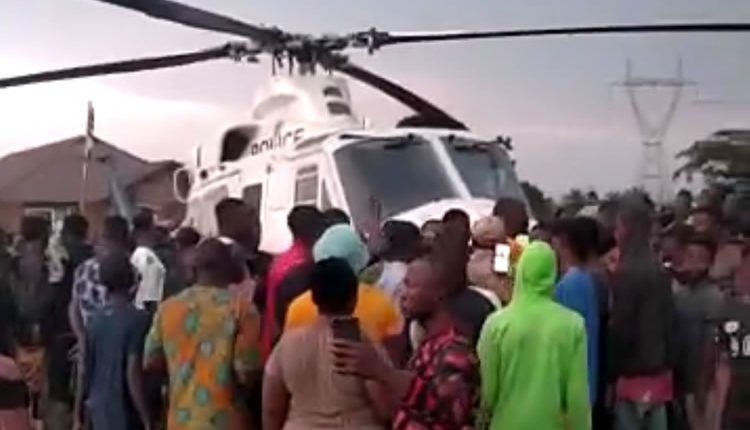 A chopper, believed to have missed its navigational route, on Wednesday morning, landed at an open space in Oluku Community on the outskirt of Benin City, Edo State capital.

In the video posted by an anonymous social media user, residents of the community were seen surrounding the helicopter.

One of the residents, whose voice could be heard as the narrator of the incident, claimed,in the Niger Delta Creole, Pidgin, that the chopper was on a surveillance mission to the community.

“Live and direct from Oluku. Helicopter missed road. Na him land for Oluku, men don seize am. As he be like this, na na seizing things. Na seizing thingsna him dey happen so o. Wetin make am land, na him go make us seize am o? Wetin police come find for Oluku? Ok, una come observe area? Live and direct o”, the narrator was heard saying in the 21-second video.