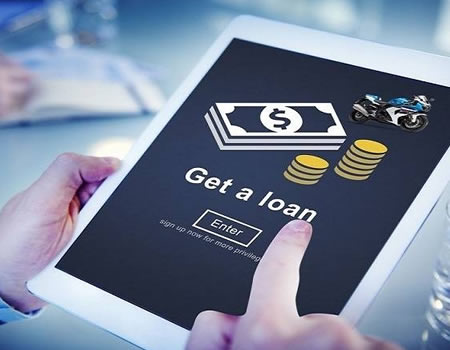 JOHN Quincy Adams once said “there are two ways to conquer and enslave a nation. One is by the sword. The other is by debt.” He may have very well been referring to Nigeria of the last three years.

Barely two weeks ago, I warned during my Founder’s Day lecture at the American University of Nigeria, Yola, that Nigeria had taken almost as much foreign debt in the last three years, as it had taken in the thirty years before 2015 combined. Now that is frightening. And very true.

Frightening, not just because of the amount, but because after such unprecedented borrowing, we have emerged as the world headquarters for extreme poverty and the global capital for out of school children. It begs the question: what were the funds used for?

I have said it time and again. The business of government is too serious to be left in the hands of politicians. We must all ask questions because if they throw away the future, it is not going to be their future they are throwing away, it will be all our futures.

The fact that Nigeria currently budgets more money for debt servicing (?2.7 trillion), than we do on capital expenditure (?2.4 trillion) is already an indicator that we have borrowed more money than we can afford to borrow. And the thing is that debt servicing is not debt repayment. Debt servicing just means that we are paying the barest minimum allowable by our creditors.

And while spending 50 per cent of our current revenue on debt servicing, this administration wants to take further loans of $29.6 billion! To say that this is irresponsible is itself an understatement.

As a businessman, one of the very first things I learnt is that you do not take loans except you are expanding your business. Even as an individual, when your income cannot fund your lifestyle, you are challenged to grow your income, not your borrowings.

Even if this administration borrows $1 trillion, it will never be enough because their challenge is one of capacity. They are not using the funds they already have wisely. They do not need more debt. They need more intellectual capacity.

The money the Muhammadu Buhari administration wants to borrow to fund its Medium Term Expenditure Framework (MTEF) could be acquired without sinking the nation into further debt. All it requires is visionary leadership and business acumen.

In my economic blueprint, I said that rather than turn in regular losses (which it has consistently been doing), the best thing to do with the Nigerian National Petroleum Corporation is to reform it. Of course, the administration’s paid propagandists went into overdrive, accusing me of planning to sell the NNPC to my friends. But just last week, Saudi Arabia’s ARAMCO, the most profitable company in the world, took that route and almost broke the global stock market with the most successful initial IPOs in world history, bar none. Ironically, Saudi ARAMCO raised $29.4 billion via this IPO. Just the amount this administration wants to borrow.

That could have been Nigeria’s story, but for our failure of leadership. By reforming the NNPC, Nigeria can raise the $29.6 billion the Buhari regime wants to borrow, and we will raise the money without going into debt.

If we had taken that route, not only would we have attracted Foreign Direct Investment into Nigeria, but even better than investment, we would have attracted confidence in our economy, because it would have shown that we have a thinking leadership.

Take the example of the Nigeria Liquified Natural Gas company. This is a joint venture between the Nigeria government and the private sector. Yet, while the NLNG declares very handsome profits, in billions of dollars every year, the NNPC declares losses! This is proof that the NLNG model works, and the NNPC model does not.

Moody’s, the world’s preeminent rating agency, has just downgraded Nigeria. Ghana, a nation with only 15 per cent of our population, now attracts more Foreign Direct Investment than Nigeria, and Rwanda, a country with less than 15 per cent of our mineral endowment, has an economy that is growing at twice the rate of our economy. The problem is not revenue. The challenge is not Nigerians. The issue is leadership.

While there is scant information in the Medium Term Expenditure Framework for what the loan would be used for, I could not help but read a communication from the Presidency to the effect that one of such projects would be the digitalisation of the Nigerian Television Authority and other similar projects.

Spending revenue on such projects would be foolish, but spending loans in such a manner is nothing short of foolhardy. The Nigerian government does not have a good record of running businesses, and a public television network is unlikely to yield the type of income that would justify taking out loans to digitise it. Besides, is that a priority, when we have 12 million children out of school? Like I said, capacity, not revenue, is the problem.

And in proof of this, I offer the example of how this administration took delivery of $322 million Abacha loot in 2018 and claimed it shared it out to poor Nigerians, only to obtain a $328 million loan from China, allegedly for ICT development the very next month. How do you share out $322 million and then borrow $328 million? Who does that? At the risk of repeating myself, it is clear that no amount of money, whether from revenue or borrowings, will be enough for an administration that lacks capacity.

So, what must Nigeria do now? Rather than profligate borrowing, what Nigeria needs to do is restore investor confidence in our economy. Key to that is respecting the independence of key institutions, such as the Judiciary and the Central Bank of Nigeria. Both of these institutions are now the captives of Buhari and his cabal, and though they are loathe to admit it, they cannot take one step without watching their backs.

Why are foreign investors leaving Nigeria for Ghana? The answer is that Ghana, unlike Nigeria, has learnt how to divorce key institutions from politics. The Ghanaian central bank enjoys a degree of independence that our own CBN can only dream of under the prevailing atmosphere. You will not hear Ghana’s leaders give flippant interviews overseas about their plans for the cedi, as Buhari has done in Europe about the Naira. It rang alarm bells because it is not the job of the executive to interfere in the role of the reserve bank.

Neither will you find Ghana’s leaders blatantly intimidating the judiciary by obviously setting up judges and invading courtrooms. Why would any investor come to Nigeria under such prevailing circumstances? Their thought would be that if they had industrial disputes, our courts, under this administration, could not be counted on to deliver impartial justice.

I was part of a team that paid off Nigeria’s entire foreign debt. I, therefore, cannot sit and watch an administration without vision squander our children’s future by taking and wasting loans that they do not even have the capacity to utilise properly.

Thomas Jefferson said, “to preserve our independence, we must not let our rulers load us with perpetual debt.” Dear citizens of our beloved nation, this is a call to heed. President Olusegun Obasanjo and I paid off this nation’s debt, and I will not stand idly by and watch while Nigeria is plunged into second slavery by those who only know how to reap where they have not sown.

Our youths must have something better to inherit from us than unsustainable debt fuelled by insatiable greed. That is why I call on the Senate of the National Assembly to show loyalty to Nigeria and reconsider its decision with regards to approving Buhari’s $29.6 billion loan request.

We need to pay heed to Benjamin Franklin’s advise that “he that goes a borrowing goes a sorrowing.” I call on Nigeria’s youths to identify the senator representing their senatorial zones and write to them, urging them to vote against this request. Do this, because it is you and your children that will pay back these loans that would be squandered by this ravenous cabal who do not have the word enough in their vocabulary.

Tips to prepare for this year’s holiday season

Planning with your wedding planner

Path to Nigeria’s peace and development

(OPINION): NANS and the need for generational shift in leadership cadre