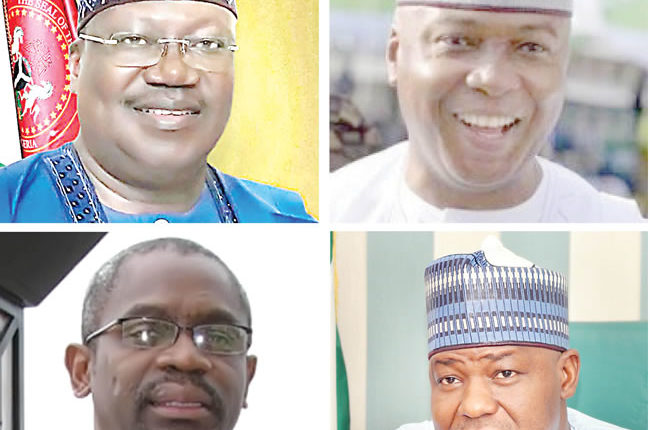 The public eagerly awaits the Joint Conference of the Senate and the House of Representatives to harmonise their positions on the Electoral Act draft bill. KUNLE ODEREMI examines the issues that surrounded the issue of e-transmission of results in the 2018 draft and that of 2021.

A preponderance of members of the National Assembly are believed to be in panic mode after the passage of controversial Electoral Act amendment. They are busy making spirited moves to clarify their individual roles on the floor of the Senate on the vexatious rejection of e-transmission of election results, following public outrage. A few highly-exposed lawmakers have appeared in prime time on the broadcast media attempting to sooth frayed nerves and douse seething anger of the populace.

Of the two chambers of the National Assembly, the Senate is seen as occupying a strategic position. It is believed to be an assemblage of most distinguished persons, who have seen it all and are ready to deploy their experiences, wisdom, integrity and knowledge in the service to their fatherland. As distinguished citizens, they are believed to have been drawn from the pool of richly endowed ‘senior citizens, with impeccable pedigrees, excellent backgrounds, in-depth intellectual capacity and erudition, coupled with unimpeachable character, grasp and appreciation of realities in their country and its people. Thus, the Senate in most democracies buoy good governance because of the conduct and action of its members, as well as their astuteness and, profiles, and how they bring to bear their wealth of experience on the business of law-making. This is one of the real reasons most Nigerians often pay greater attention to the Senate, which unlike the House of Representatives, has just 109 members as opposed to 409 in the Lower chamber of the National Assembly.

Obviously  by the incredible evidence of massive electoral fraud that surrounded his election into office in 2007, the late President Umaru Yar’Adua, initiated a general reform in the nation’s electoral system. Headed by a former Chief justice of Nigeria, Muhammadu Uwais, the committee came up with a comprehensive report, detailing both immediate and long-term administrative and constitutional measures that should be embarked upon to avert future national embarrassment. More than 90 percent of the body, made up of personalities from the academic, Civil Society Organizations (CSO), professional groups and the public service accepted with the government taking immediate steps towards implementing some of is recommendations. Part of the key recommendations bothered on the attitude of the Nigerian. It, therefore, proposed a conscious and sustained effort to change the election mindsets of Nigerians in order to minimize the spate of violence and rigging in elections and build lasting democratic institutions and culture.

Similarly, reports by a coalition of election observers showed that about 626 persons reportedly lost their lives in election-related violence in the country in subsequent elections, which some observers said could have probably been averted or minimal if the electoral system had been imbued with modern technology.

It was thus assumed that the 2018 Electoral Act amendment bill passed by the eighth National Assembly would checkmate some unscrupulous elements usually behind violence and other criminal behaviours at election seasons. The passed Electoral Act amendment bill was meant to infuse fresh ideas into the electoral process for the 2019 general election. In refusing to assent to the Electoral Act amendment bill on three occasions, President Muhammadu Buhari gave varying reasons, which, in the views of some observers ranged from the sublime to the ridiculous. They included the claim that the bill came close to the 2019 election and could create some ripple effects. He demanded some alterations and complained of typographic errors in the passed bill by the National Assembly. Citing Section 58 (4), President Buhari, in a letter to the Saraki-led National Assembly stated: “I am declining assent to the Bill principally because I am concerned that passing a new electoral bill this far into the electoral process for the 2019 general election which commenced under the 2015 Electoral Act, could create some uncertainty about the applicable legislation to govern the process. Any real or apparent change to the rules this close to the election may provide an opportunity for disruption and confusion in respect of which law governs the electoral process.”

Initial reports that the Senator Kabiru Gaya-led committee report on the Electoral Act amendment 2021 draft had been doctored, was dismissed by the Senate leadership. The concerned portion was Section 50 (2) which alleged to have been restructured to read: “Voting at an election under the bill shall be in accordance with the procedure determined by the commission, which may include electronic voting, provided that the Commission shall not transmit results of elections by electronic means.”  Senator Gaya said there was nothing wrong with the action taken by the Senate as it only asked INEC to seek the support of the NCC on data for the conduct of polls. He explained that similar collaboration exists between the commission and law enforcement agencies “so that we can have free, fair, credible and peaceful election; we don’t want any area to be shortchanged. There is nothing wrong in a process that will improve our lawmaking. Nobody is against electronic voting and transmission. But we only said, let us do electronic transmission when and where practicable; what we mean is when the network improves in this country, whereby voters would not be shortchanged as 48 percent of Nigerians are out of coverage. Over 40 percent are out of coverage. How are you going to transmit such? As long as we do not have that coverage, it will be difficult to do the transmission. You find out that in some countries like Germany, Italy and France, they do not do electronic voting; they do things manually and they don’t have problem.. But even in the case of transmission, we also have problems. The system can be hacked. Developed nations like the United States and Russia had such problems during elections as another country was accused of hacking the process of the election. So, if that could happen the United States, why can’t it happen in Nigeria?” But, Samson Itogo Itogo of YIGA Africa, faulted the Senate on its ambivalent e-transmission of results during election. He urged the Senate to have a rethink by aligning with the position the House, which guarantees INEC power on e-transmission of results.

Senate before and now

Days after the Senate subtly rejected provision on e-transmission in the Electoral Act amendment, the issue remains the real subject of discourse and debate because of the implications for the 2023 elections. The initiative on e-transmission of results to Collation Centres, dates back to the eighth National Assembly when Dr Bukola Saraki was the president of the Senate, while Honourable Yakubu Dogara was the Speaker, House of Representatives. The initiative was designed to strengthen the electoral process and enhance the integrity of election results. The system was used to conduct the Edo State governorship election in 2020. The eighth Assembly successfully passed the Electoral Act (amendment) Bill 2017 thrice and on each occasion President Buhari withheld assent as he warmed up for the 2019 polls, with some observers concluding that his action was largely premised on some immediate political gains.  This is evident in the similarities in the bulk of the Bill passed by the last Senate and the proposal considered by the present Senate Committee on INEC. Unlike the scenario witnessed in both chambers during the week, the passage of the bill then was marked by brinkmanship and candour, with inputs from other critical stakeholders, especially the people in taking vital decisions. A lawmaker who pleaded not to be mentioned in print said calling for division of the Senate during voting on issues, apart from during voting on Constitution Amendment bills was a rarity; “Division of the chambers for the purpose of voting during constitution amendment process is a compulsory method necessary to fulfill the provision of the constitution on the issue of two-third or three-fifth support for the issues to be amended. Division for the purpose of accurately deciding the position of each member on issues in the legislature is what they literally means, it means the House is divided and cannot achieve a consensus. Saraki usually tried to get the entire chamber to achieve consensus through debate and transparency/openness.

This is easier to achieve once the chamber is called upon to toe the path preferred by the generality of the people, who are the constituents of the legislators. To determine what the people’s preference is, Saraki usually gauged opinion through the press, the civil society group, sometimes he commissioned opinion polls and singled out people across the country representing diverse section of the national demography. It is therefore easy to mobilise members in support of a Bill whose purpose is patriotic, rather than partisan, broad rather than narrow, creative and problem solving rather than conservative or uninspiring. That is why throughout the 8th Senate, it was said that Senators congregated to work for Nigeria, not for party or for personal interests. One of the criticisms against the current Senate is that it panders to the whims of the executive and the ruling party on issues of critical importance unlike the last Assembly Thus, pundits see what happened on the electronic transmission of results last week as a fallout of the untidy relationship between the executive and the legislature. According to some commentators, the desperation by the current leadership to be in the good books of the executive encumbers pragmatic approach towards tackling vexatious national issues. They noted that the controversy over the Electoral Act amendment bill passed by the National Assembly would have been avoidable if the NASS leadership had been more circumspect and assertive on autonomy as an arm of government since INEC deployed a results’ viewing portal, which made it possible for the public to see the results as they are announced and close the gates to riggers, thereby increasing the integrity of the electoral process and encouraging the acceptability of outcomes. It would be recalled that President Buhari, to his credit, publicly congratulated the winner of the Edo election, Governor Obaseki, for winning in a free, fair and credible election.

The national chairman of the Peoples Redemption Party (PRP), Mallam Falalu Bello, had cautioned on some provisions of the bill before it was passed by the National Assembly. The PRP chair had raised the alarm of a planned tinkering with Section 50 (2), which provision, he noted was in tandem with global practices. He added: “Thus, electronic transmission of result has become a global best practice for electoral integrity, being introduced and/or perfected in many electoral jurisdictions.”