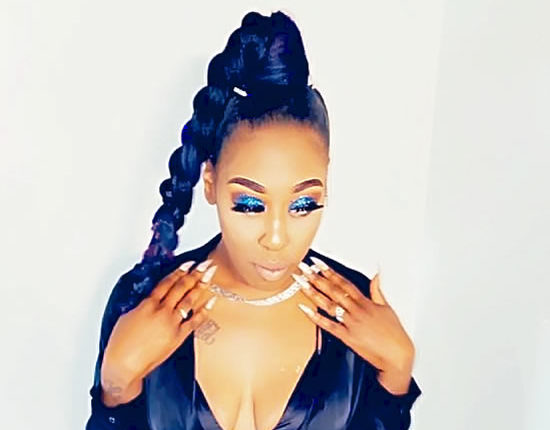 Recall that record label boss, Don Crucifixto, wasn’t bluffing not long ago when he revealed his game plan of unveiling the first official signee of his entertainment outfit. He did not conceal clues on who she is and what to expect, it only made it easier to welcome her and truly see what she got.

For Shavonne Desiree Latin, an American Pop/Afro fusion artiste, with stage name Dirty Diana, she has had her name chewed in people’s mouths even before putting out this smashing new single you are about to listen to.

Dirty Diana has also got amazing talent enough to tread her path to greatness in the competitive music industry.

However, music lovers have been assured of what to expect from Diana’s musical sojourn as the queen of Don Crucifixto Entertainment is nothing short of pure soul, quality R&B, sweet rap and more sounds she chooses to explore.

Her coming single entitled “Je Je Je” will be the first taste of her and we are sure to want more after this.

Should you tell your partner about past abuse, during the first few dates?