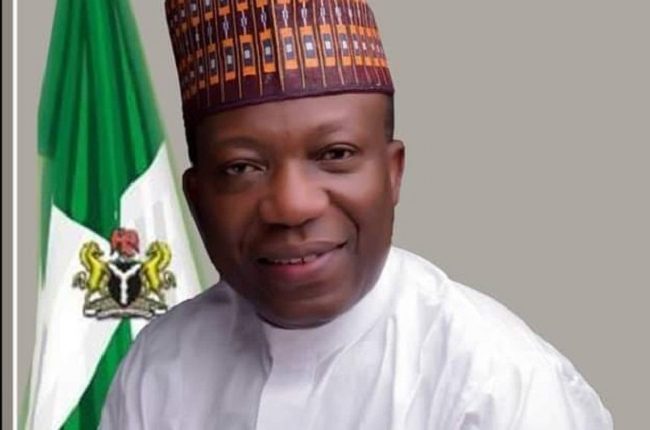 The Director-General of the National Institute for Legislative and Democratic Studies (NILDS) Professor Abubakar Sulaiman has reiterated the need for the state houses of Assembly to have full autonomy and independence in the interest of the nation’s democracy.

Sulaiman who expressed regret over the manner at which governors have turned lawmakers to their stooges and appendages, which he said has weakened the legislative arm of the government.

The DG while giving his speech at the two-day planning workshop for Speakers of state Houses of Assembly in Abuja in partnership with Konrad Adenauer Stiftung advised that state lawmakers must stand their grounds and address the ugly situation.

He said, “First, my position has always been that the future of democracy in Nigeria lies with the legislature, particularly state houses of Assembly. The National Assembly has made significant progress since 1999 in safeguarding its autonomy, asserting its independence and exercising its constitutionally granted powers.

“With full independence, State Assemblies can better determine their own agenda, build human and institutional capacity, develop efficient systems and processes, recruit competent staff, equip the Assembly with requisite tools and engage the services of consultants and experts on important technical issues. The achievements of the National Assembly in the last decade can be attributed, in part, to financial autonomy and the independence to develop a competent legislative bureaucracy.

“Suffice it to say that the journey has not been easy and the relationship between the executive and the legislature, even at the national level, is sometimes characterised by tension, infringements on powers of one arm by the other, executive overreach and occasionally outright hostility as seen in the 9th Assembly.

“The problem is even more pronounced at the state level where state assemblies, in many cases, are mere appendages of the executive with the governors determining assembly budget, appointments to leadership positions, legislative agenda and on occasions which legislator gets re-elected.

“Years of such dominance has seriously weakened the institutional capacity of State Assemblies to exercise effective control over the executive as required by the constitution which vests on the parliament powers of oversight.
The control of the legislature by the executive has often been enabled or sustained by legislators themselves, many of whom feel they owe their loyalty to the governor rather than to the institution of the legislature and indeed democracy itself.

“This attitude has been made manifest in past constitutional amendment processes where several state assemblies clearly voted against their own autonomy to the shock and bewilderment of the nation.”

He urged the speakers to close ranks and ensure unity so as not to allow the governors took advantage of splits and destabilised the state assemblies, saying, ” Our collective loyalty must always be to Nigeria rather than some personal and short term interest.”

Speaking, the country representative of KAS, Dr Vladmir Kreck who welcomed the participants said the workshop was apt in strengthening the capacity of a legislative arm and further deepened the nation’s democracy.

The British Parliament at the Westminster Hall held a debate on ‘e-petition 554150, relating to Nigeria and the sanctions regime’ on Monday. The government of the United Kingdom has however responded…DG NILDS harps  DG NILDS harps

The surprise visit made on Friday night by the leaders of the ruling All Progressives Congress (APC) to former President Goodluck Jonathan at his residence in Abuja triggered a stir in the major political camps, resulting in at least four possible theories..DG NILDS harps  DG NILDS harps

Making a Case for Cryptocurrency in Nigeria Fiyin Osinbajo