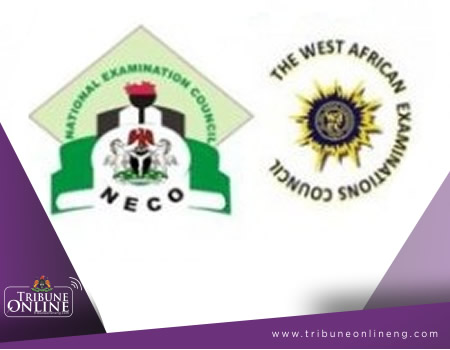 The Federal Government has charged the examination and assessment agencies in the country to leverage on technology in tackling the menace of examination malpractices in public examinations in Nigeria.

According to the Minister who was represented by the Registrar, Joint Admissions and Matriculation Board (JAMB), Prof. Ishaq Oloyede, urged NECO, JAMB and West African Examination Council (WAEC) among others to build a multi-dimensional approach to address the menace.

He noted that examination malpractice is a major problem affecting the conduct of public examinations in Nigeria.

Adamu said, “ICT is the way to go in curbing this menace it has become most critical that we must adopt we must become creative in adopting ICT devices to protect the sanctity of our examinations across Nigeria”.

Permanent Secretary of the Federal Ministry of Education, David Andrew Adejo in his keynote address called on the National Assembly to enact laws for sanctions on consequent actions.

According to him, complexities arise following the loss of core values in Nigerian societies, “because we have forgotten our value system, they have collapsed and until we fix this it may take a long time before the system recovers we should look at the ways of correcting our value system.”

He insisted that culprits of examination malpractices must be made to face the law and advocated for a conducive learning environment.

He called on the government to prosecute offenders of examination malpractices while legislators enact laws that would stop the trend.

Deputy Chairman of the Senate Committee on Education, Senator Akon Eyakenyi, said the National Assembly frowns at Examination Malpractice and it hopes to tackle it with a holistic mind.

“The Committees on Education (Basic & Secondary) is using this opportunity to appeal to stakeholders, particularly to the parents and teachers of the students to sensitize themselves to ensure the spirit of Examination Malpractice is thoroughly purged out from their lifestyle before sensitizing their children, wards or students as they are “In pari delicto” (equally at fault) by aiding and abetting these students”

Senator Eyakenyi said to effectively tackle examination malpractices, there is a need for operators to collaborate with professional associations that wield certain levels of influence on their members.

She called on the government to hold private school operators to account while further challenging stakeholders to rise to the task of speaking out and taking informed decisions when and where needs arise.

“The media community should particularly lend its support to this patriotic fight. It is also my thinking that Monitoring and Evaluation should be taken seriously across the board in the education sector. Supervision of both our learners and educators at all levels should be stepped up” She added.

According to him, stakeholders must work together to produce results that will work for the betterment of the Nigerian education sector.

He acknowledged the efforts of the Joint Admissions and Matriculation Board JAMB, in fighting malpractices in public examinations.

Earlier in his welcome address, the Registrar of the National Examination Council, Prof. Dantani Ibrahim Wushishi, noted that the major challenge facing the conduct of public examinations remains issues of examination malpractice.

He also said that the workshop was jointly organised with the National Assembly to address issues of exam malpractice.

Wushishi added that it is to find ways and means that can be adopted to curb the menace and re-orient the minds of the youths concerning the cankerworm.

“No doubt, examination malpractice has the tendency to discourage hard work among serious students, lowers educational standards, discredit certificates, and lead to the production of quacks, thereby affecting the manpower needs of the nation.

He called for collective responsibility to rid them of the bad habit of wanting to cut corners.

He applauded the role of the National Assembly in tackling the examination malpractices menace.

Areghan disclosed that WAEC has begun the deployment of technology in the fight against exam infractions.