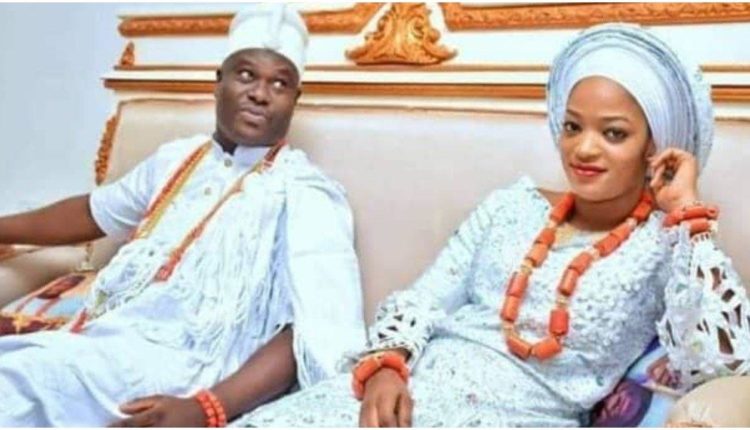 The Deji of Akure in Ondo State, Oba Aladetoyinbo Aladelusi, has made moves to intervene and reconcile the Ooni of Ife, Oba Adeyeye Ogunwusi and his wife, Prophetess Naomi Silekunola.

A highly reliable source in the palace told Tribune Online that Oba Aladelusi had held separate meetings with Oba Ogunwusi in Ile-Ife and the wife in Akure, the Ondo State capital.

According to the source, the meetings were successful as both Ooni and his wife reportedly responded positively to the steps being taken by the Akure monarch to end the differences between them.

The source said: “lt is true that The Deji took it upon himself to wade into the matter between the Ooni and the Olori.

“It will interest you that the matter would soon be resolved as both parties have agreed to sheathe the swords. Don’t believe all the stories in the social media, the whole matter was overbloated, they would soon reconcile going by the intervention of the Deji of Akure.”

When contacted, the Chief Press Secretary to the Deji of Akure, Michael Adeyeye, confirmed the intervention of the monarch.

Adeyeye said: “Yes, the Deji of Akureland has personally paid private visits to the traditional ruler and his wife and the matter was discussed and being ironed out.”

It will be recalled that Olori Naomi took to her verified Instagram page to announce her walking away from the marriage with the foremost Yoruba traditional ruler citing irreconcilable differences.

But in a swift reaction the Ile-Oodua Palace said that the alleged separation of Queen Silekunola Naomi Ogunwusi was unknown to the palace.

Verdict: The claim is false. The content of the article published by these online platforms is not new; it has been recirculated several times and has been debunked.Deji of Akure intervenes, moves to settle rift between Ooni, wife