Defection: You are an ungrateful soul, APC replies Segun Oni 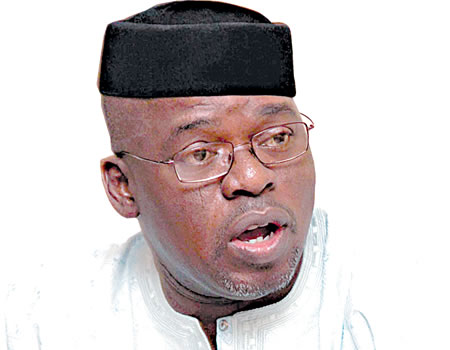 The All Progressives Congress (APC) in Ekiti State has declared it was not surprised with the imminent defection of the former governor of the state, Chief Segun Oni from the party to the People’s Democratic Party (PDP).

Oni, a former deputy national chairman of the APC while speaking in an exclusive chat with the Tribune Online on Monday had said he was taking the decision in the interest of his political family whom he said were not fairly dealt with in terms of appointments in the party.

He said he would not be pulling out of the party until the second half of the year after he must have had consulted widely with some leaders within the APC, adding, however, that “we have taken the final decision to leave the party.”

But speaking with Nigerian Tribune in Ado-Ekiti on Monday, the Publicity Secretary of APC in the state, Mr. Ade Ajayi said the former governor refused to attend his ward meeting when he was suspended to explain himself.

The party spokesman added that the party never gave him an unfair treatment rather said was accorded the necessary respect and recognition when he joined the party from the PDP in 2014.

While describing Oni as an “ungrateful soul” that enjoyed every benefit with the party, Ajayi wished him well in his future political endeavor.

” We are not surprised that he is going back to PDP where he came from but I don’t know the treatment that made him defect to PDP.

” He was suspended from his political ward because he offended them and instead of him to attend the ward meeting to explain himself, he refused. Don’t forget the constitution of the party stipulated that anybody no matter highly can be disciplined by the party.

” If he is now accusing the state executives or leaders, I want to say that is his own way of thinking but I want to let him know that he was treated well when he joined APC.

” I will rather say he is an ungrateful soul because the party gave him the patronage he does not deserve. I want to say good luck to him,” he said.