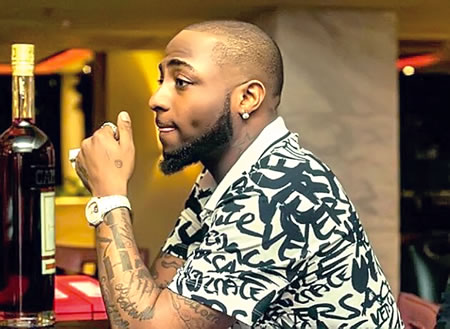 The ladies who accused Davido of impregnating them did so wrongly and should be condemned as they provide where best to begin the piece. These ladies represent an emerging distasteful trend of false allegation on men.

In recent times, sport stars, religious leaders, celebrities and other category of popular people have come under allegation of sexual offenses.

It is becoming rife and Nigerian legislature now needs to consider enacting serious punitive measures on sexual allegations which turn out false. It should not be so easy to get away with false allegations and heavy criminal punishment should be attached with options of damages for whoever becomes a victim of such allegation.

The nature of sexual allegation is dangerous because of the speed with which they spread and the impact they create. Sex is treated as an indoor, almost a  secret affair in the Nigerian society. Where there is an allegation of sexual offences, the news spreads like wildfire and where true, the damage to the image and reputation of the man is not manageable.

The ladies who have already apologized went extreme and they are a point of reference to several others who have engaged similarly in false allegations. They have claimed they were joking and their allegation that Davido impregnated them is false. But following their apology, Davido would have none of it.

The saying that two wrongs cannot make a right came into play immediately Davido who is a citizen of Nigeria like 200 million other people, placed a bounty of one million Naira on the ladies along with information leading to them.

Placing bounties is an extreme that only the police can exercise and even at that for hardened criminals. Imagine, with the high level of poverty, someone attacks these ladies to claim the bounty or threatens them. Davido himself would not have been pleased with such an outcome had someone, say a fanatic fan, goes to an extreme.

Digging further, the next ugly face rears its head when someone possibly Davido’s man, proceeded to use handcuff on the ladies while threatening to slap them.

The legal issue created here is that of libel or defamation. However, under the Nigerian law, these two are not criminal offences and are not one for which a private citizen can effect arrest. They constitute tort for which Davido could have sued them upon locating them.

It is expected that in future, government take a deep frown on such actions. The Davido example may birth recreation by several Nigerians who have social media conflict. In conclusion, if the ladies did not make their video, Davido would not react this way; society must also begin to advocate against and punish false sexual allegations.

On the President’s foreign trips