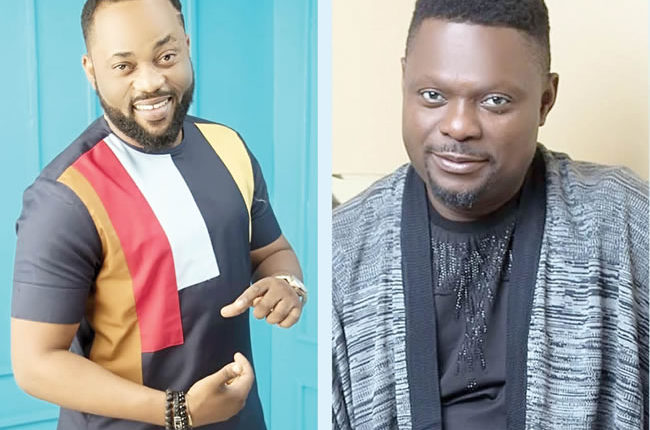 Chairman Theatre Arts and Motion Pictures Association of Nigeria (TAMPAN) Guild of Directors, Damola Olatunji described late Baba Suwe as a great man who enjoyed stardom to the peak. He also said his death was great loss to the entertainment industry.

His words: “He was a very great actor, one of the few actors that enjoyed stardom to the peak, he was so great to the extent that I could say he started skit making in Nigeria. I could remember that it got to a stage that the demand was so much that Baba Suwe would shoot two to three minutes skits into the VHS and give it to you to insert in your own movies.

“He was so great that, even when you make movies and you take it to Idumota then, they will tell you to go and include Baba Suwe in it. He was able to able to use his stardom to achieve a lot of things. His death was a great loss to the entertainment sector and I pray the Lord grants his family the fortitude to bear the loss.”

Also sharing his opinion on the lifestyle of the comedy legend, Kunle Afod said he was an outstanding actor and a disciplinarian. He also described the late actor as unique and an administrator who helped unite old and young in the association during his time as chairman.

“To me, he was an outstanding comic actor, he was an administrator, he was governor of TAMPAN in Lagos for a long time and during his era, he was able to bring the old and the young together. Baba Suwe, Adimeru was a very loving husband, because if you saw him with his late wife – Moladun.

“The same way you see them on screen was the same way they were in real life. They were love birds and it was fun being around them. He was a disciplinarian too, to some extent and stylishly he was also a politician. He was so unique in his style; he was funny, friendly and disciplined.”

Several Nollywood stars have also paid their respect to the Nollywood veteran who died at the age of 63 during a protracted illness. He was buried at his home in Ikorodu, Lagos state on Thursday, November 25.

Can I use skin bleaching cream?