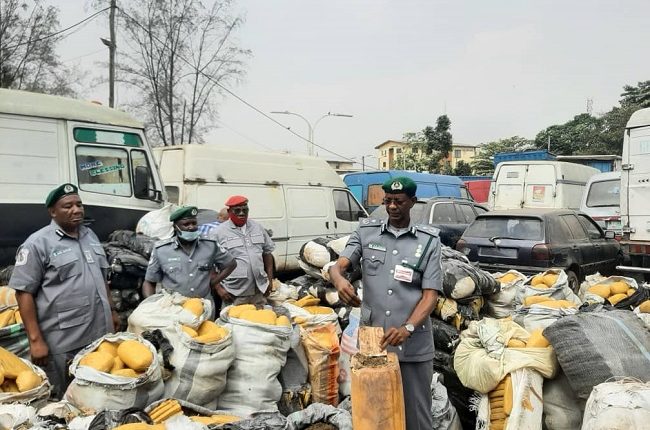 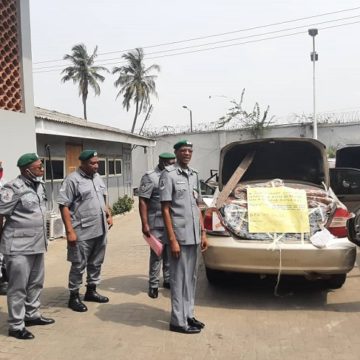 One month after the Federal Government re-opened the land borders for economic activities, the Federal Operations Unit (FOU), Zone A of the Nigeria Customs Service (NCS), on Monday said it intercepted smuggled foreign parboiled rice, used vehicles, textiles materials, as well as Indian hemp worth over N30billion, smuggled into the country through Seme, Idiroko borders from the Benin Republic.

However, insider sources have revealed that the seized items came in through the porous border points manned at Seme, Idiroko and Oyo/Osun command of the Nigeria Customs Service.

According to the acting CAC, also intercepted were fake and unregistered pharmaceuticals that are worth N51million along Ijebu-Ode, Ogun State as well as Indian hemp smuggled from Ghana to Iseyin in Oyo State.

He said, “After the opening of Seme border by the Federal Government, the smugglers thought they could cash in on the re-opening to perpetrate their evil acts, but the unit left them with heavy loses as evidenced in this seizures.”

Giving account, he said a total of 142,677 seizures of different items were intercepted even as he vowed never to relent in making the environment unconducive for smugglers.

In his words, ” A quick glance at the period under review, the Unit intercepted and seized a total of 142,677 seizures of different items. 41,652 bags of 50kg smuggled parboiled rice from Idiroko, ipokia, imeko, iseyin, igbo-ora and Seme; 1,356 bags of 25kg smuggled parboiled rice; 4,529kg of Indian hemp smuggled from Ghana to Iseyin in Oyo State worth N710million.

“Others are, 66 packs of Tramadol and other unregistered pharmaceutical products; 5,849 cartons of fake drugs; 266 units of means of conveyance and 218 used vehicles.”

Also intercepted according to the ag. CAC are, 1,660 bales of textiles materials; 2,152 kegs of 25kg vegetable oil falsely declared at the seaports of Apapa and Tin-Can Island port and 6,985 cartons of frozen poultry products, and 985 kegs of Premium Motor Spirit (PMS) were seized.

“We arrested 44 suspects in connection with these seizures but as a Unit, we will continue to re-strategize to ensure that smugglers don’t have a hiding place. Instead of incurring losses, I will advise smugglers to embrace legitimate business and become more responsible citizens.”