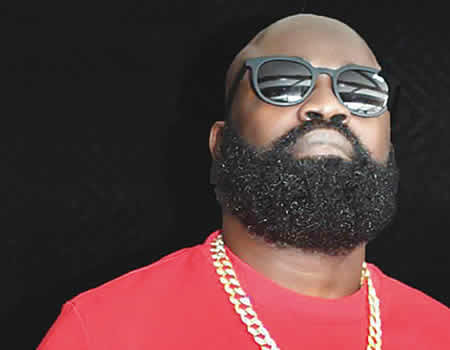 Amid the dreaded virus, Coronavirus – COVID- 19,  singer of trending song, ‘Bounce It’, a UK-based Afro pop singer, Oluyole Oluwaseun, fondly called Sean Dampte by fans, has joined the league of celebrities accross the world to bare his mind on the whole situation.

Dampte, whose most recent song, ‘Bounce It’, is currently enjoying massive airplay and topping different music charts both in Nigeria and abroad, said in a conversation, that the best thing for the people is to stay safe and positive during this trying times.

“Here we locked down and likewise most part of the world. But we need to comply with the precautionary measures to reduce the spread of the virus such as staying at home and regular washing of our hands with soap and water or sanitiser; using of hand glove and face mask where needed,” he said.

However, while commending some organisations, individuals and others  in  the fight against the spread of the virus in Nigeria, he urged the Nigerian government to increase palliative measures in order to drastically reduce the spread. “As I am also trying my best to make sure my people’s livelihood is secure in my own quota, I commend all who have contributed too,” he noted.

He also used the opportunity to share the news  on his next single entitled, ‘Jomo’, which will feature Nigeria’s talented rapper, Oladips. According to him, ‘the song will be available on the April 10,’ he said.

“JOMO” it is learnt is produced by ace producer, Jomane.