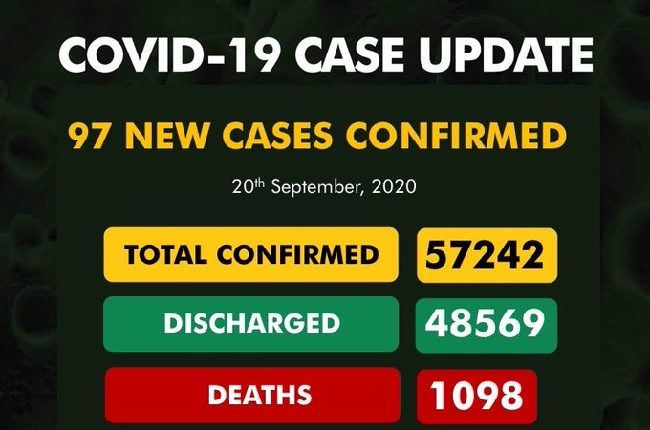 The Nigeria Centre for Disease Control (NCDC) has announced 97 new cases of COVID-19 infections in the country, bringing the total number of confirmed cases to 57,242.

The NCDC made this known on its official twitter handle on Sunday.

The organic intellectual in a free society

Despite US opposition, Okonjo-Iweala likely to emerge WTO DG