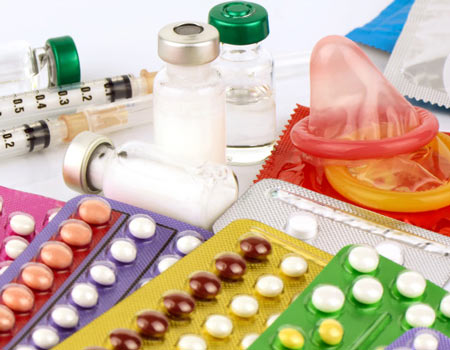 United Nations population Fund, UNFPA, says about 47 million women in low and medium-income countries are likely to access modern contraceptives as a result of COVID-19 pandemic.

Lagos State coordinator, United Nations Population Fund Dr Omolaso  Omosehin, made the disclosure at a World Population Day webinar hosted by  the Network of Reproductive Health Journalists of Nigeria (NRHJN) with the theme “Putting the Brakes on COVID-19: How to Safeguard the Health and Rights of Women and Girls Now.

Dr Omosehin said major disruptions due to the pandemic could also result in an additional seven million unwanted pregnancies and 31 million additional cases of gender violence.

The expert stated that marginalized communities, including women and girls, are disproportionately affected by the pandemic and as such there are efforts by UNFPA to ensure an uninterrupted service on sexual and reproductive health.

He attributed the reduction in services at many health facilities, to the lure in the distribution of family planning commodities as well as women’s fear of contracting COVID-19 if they visit health centre.

He, however, said that Nigeria’s response to COVID-19 is very critical to how fast it will recover from the pandemic and whether it will be able to achieve its sustainable development goals (SDGs).

Dr Omosehin said in support of women and health, UNFPA had supported states in the country with personal protective equipment as well as established handwashing stations in key locations so that people can wash their hands.

He expressed concern that the Federal Government is was putting emphasis on public health issues rather than clinical care even though the prevention of a disease is better than its cure.

Dr Ejike Oji, a former, Country Director, Ipas Nigeria, stated that the pandemic had only caused an increase in cases of unwanted pregnancies and unsafe termination of pregnancies in areas where strategic approaches were not adopted to provide reproductive health services.

According to him, “in areas where service is down, we are warning that in about seven months after the lockdown, there will be a lot of unintended pregnancies. Some will keep it and some even within wedlock will lead to terminations that are not safe.”

The medical expert said addressing sexual violence that became evident in Nigeria within couples during the lockdown requires that all states should domesticate the Violence against Person’s Prohibition Act passed in 2015.

He declared, “The Act is good enough. It has made enough provisions to punish sexual offenders; even political violence is also included.  By saying people should be castrated, I don’t buy into that.”

Psychosocial Disability Awareness Month: Why is it important?