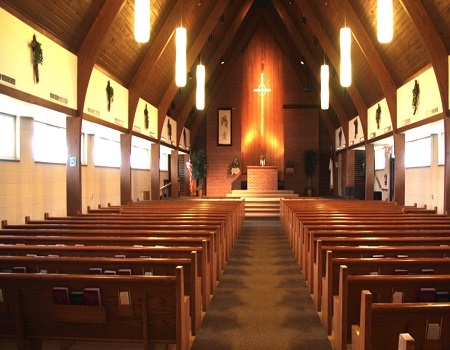 A mobile court sitting in Jabi, Federal Capital Territory (FCT), Abuja, on Sunday, ordered for an indefinite closure of The Shekinah Glory Church, located opposite the popular Citec Estate, Jabi, for violating lockdown rules and regulations.

Presiding magistrate, Mabel Bello, had directed enforcement team to get the General Overseer of the church, Pastor Kalu, who allegedly evaded arrest with some top workers by jumping the fence to be tracked down and arrested.

FCT Enforcement Team leader, Mr Ikharo Attah, while confirming the incident to newsmen in Abuja, said the team got a hint that the church was holding a full service in contravention of the ban on religious gatherings.

On sighting the team, according to him, the pastor, some leading church workers, including deacons and ushers jumped over the fence and escaped.

He noted that some of the church members, especially female church workers who could not escape, were arrested and arraigned before the court.

“The magistrate found the church workers guilty of violating the lockdown restrictions order and sentenced them to three hours supervised community service with an option of N1000 fine,” he added.

Mr Attah added that a search for the fleeing cleric had begun, saying he must be made to face the law for disobeying government’s directives and endangering the lives of his members.

In a related development, the team also intercepted a truckload of foodstuffs from Zamfara State that had 22 passengers on board and were hidden beneath the bags of beans and potatoes.

“If Enforcement officers in states are doing their jobs properly, the truck ought to have been stopped in Zamfara. It should not have crossed Funtua in Katsina State and the entire Kaduna State before entering the FCT,” he lamented.