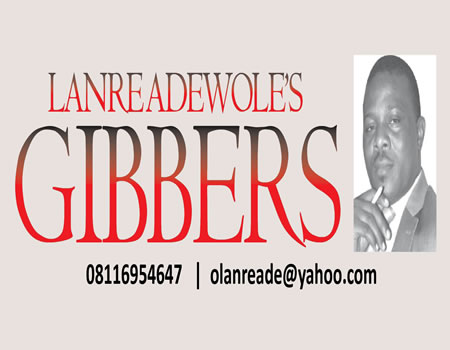 ATIKU Abubakar will be president of the federal republic except Yemi Osinbajo becomes president ahead of him, and the former Vice better start being presidential beyond his social media measured appearances like a ghost in Shakespearean theatre. If God has packaged a presidential celebration for him, He will keep him, except he cuts his own life short. Atiku owes self living to smell the rose ahead.

With the exit of General Muhammadu Buhari’s engine room, the War Room of the administration is near-empty. What should be left as motivation in remaining appointees has been taken away by Mamman Daura’s tribute to Abba Kyari, hoisting the departed, as the Saul of his time, who was “from his shoulders (point of intellection) and upward, higher than any of the people.”

For the titular head of the infamous Cabal, his assessment may be correct, since he would have had several opportunities to size up ministers and other aides at close range. Then, Kyari must either be an evil genius or his perceived superior intellection overestimated, for Nigeria to remain what it is now, after this modern-day King Saul practically ran it for five years. So much for a team of a lone lode and many half moons.

Before COVID-19, our economy was in a shambles. The much-touted agric revolution or more purposefully, the rice and egg revolution, has been more of motion without movement. Those 12 million farmers, famed for Buhari’s 12 million votes in the North alone, should by now be super-rich, since Bubu is one of them, as a herder, fortunate to own a ranch and educated enough to be part of the “sharing” elite.

But the poverty over there is still grinding and a practical search in the market is always yielding more of same: Abakaliki, Kano, Nasarawa rice. Why very limited brands when 12 million farmers are daily celebrated as becoming part of the nouveau riche, through the CBN’s anchor borrower’s scheme? Those peddling these lies, God will be merciful to them.

If Atiku is fortunate not to have an Osinbajo presidency ahead of his, he would be inheriting a mess of a nation. No, it isn’t a curse. I pray for this “Jerusalem” because the good of it would be to the benefit of all, including my household. I’m also a man of faith, even if smaller than a mustard seed. I believe this country should, can, and will, be better than this. I also believe a new foundation is required to rebuild. But not one founded on outright lies, deception and subterfuge, which is what we have now and those responsible for it, would not be different from those who destroyed the one in place before now.

You can argue Nigeria never had a foundation for statehood. Exactly the point, the nation was cobbled for the peoples to interrelate while developing at their individual pace and leveraging on comparatively-relative strengths to maximise developmental cooperation. None of the zones was created to be slave to the other. When they were three, the rivalry was intense, yet everyone strove to be better than its progressing neighbour. Now, the progressing neighbour is being held down for the slothful to wake up and decide what it wants to do with the future. No, it can’t and shouldn’t continue this way.

If Unity Schools must be, they must be uniting, not pitching students’ sensibilities against one another, seeing the olodo (the sluggard) being admitted in droves because they are from educationally-disadvantaged areas, though many were born and raised in the so-called educationally-advanced zones, which are now being deliberately held down for the olodo to catch up. Well, much won’t be wrong trying to encourage the olodo to fly high too, provided they are ready to do real catch-up, not leveraging on a demeaning tag, to appropriate undue advantages.

Thankfully, Atiku is an educationist. Except a new mindset is crafted to push meritocracy into the epicentre of our lives again, his presidency or any other for that matter, won’t be meaningful, like what we have now. Only a radical approach would break the circuitous calamity. That is why the starting point must be a meeting of minds, under whatever nomenclature, since his people appear to be mortally-afraid of the term “national conference,” though whatever horror the Northern elite think the talkfest represents for them would be nothing compared to what is ahead of them, if the cycle isn’t broken.

By now, Northern elite should know that clinging to power at the centre does not magically make their own more radiant. Boko Haram may have started as an ideology, but can any member of the said elite class rest again, from the brutally-murderous banditry that emerged from what was supposed to be religious fanaticism. The so-called ideologues behind BH were simply frustrated with their leaders and employed the religion maniac. Now, the boys on the prowl; do not send anybody. All pretences are over.

For someone who had run for president twice as candidate of major opposition parties, Action Congress (AC) and PDP and was main challenger to a sitting president of a ruling party once, I believe by now, Atiku would just be updating his blueprint on how to run the country. Unlike PDP, which advertised its errors like a fumbling editor’s front-page, those in power now are like medical doctors, who usually bury their misdeeds with the unfortunate patient, while blaming everything and everyone save themselves.

That is why by now, Atiku shoud have an unseen leg in this government. No, I’m not encouraging official espionage or an illegal raid of confidential documents. There are ways of following wobbling governments bumper-to-bumper and keeping them on their toes, with incontrovertible evidence of their misdemeanors.

If official documents have to fly around in the process, why not, as long as it would serve public interest like the trending NDDC N5.47 billion contract documents awarded to one Signora Concepts Services Ltd, based in Port Harcourt to provide PPE, now being sown at homes, with fanciful Ankara fabrics. Haba! Except suspicious contracts like this, are daily exposed and openly questioned, whoever coming in after, may discover that the nation he thought was there to be administered for which he laboriously sought the presidency, had been used as a collateral for the unending greed of a few.

Nothing also stops him from running a kind of shadow government, without running foul of the law, by providing workable and result-oriented alternatives to wrong-headed policies. Oh, you say his ideas might be stolen, once in public domain, at least Nigerians would know the source of the workable blueprints. By now, seeing the way the economic is going, any serious potential future president should be making regular public interventions to show that he has a semblance of answers to what the future holds. Whatever you want to say about Bola Tinubu, this corona season has provided him a platform to build citizens’ confidence in matters of economy. As unelectable as many may see him, today’s interventions may prove crucial tomorrow, when the sole question would be: who can fix the Buhari-era’s mess? Unfortunately, for all his brave-brilliance, Osinbajo is the only Southerner I will pick over Atiku. And it won’t have anything to do with connecting faith.

Tinubu, Nasarawa Mago and happily ever after

I pledge to Nigeria, my country