The conflict in the Arab world 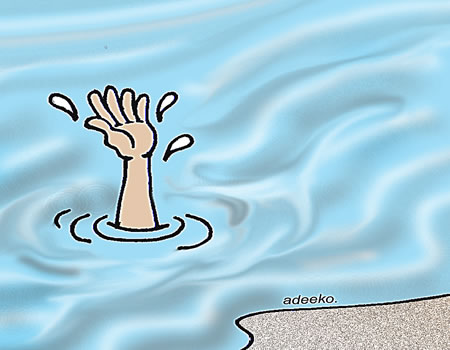 The latest regional rift in the Arab World is pointing at the roots of the upheavals in the oil-rich part of the world as the Gulf countries severe diplomatic ties with one of their main and important ally, Qatar. It was the least expected though a lot would have been going on underneath before the countries announced their unilateral decisions which came simultaneously to cut relations with the tiny but wealthy country, Qatar. The impasse vividly sheds light on the source of terrorism which has been defining the Middle East, proving wrong the widely believed opinion that the West alone stirs the fragile peace in the region. In terms of wealth, the region is immeasurably and overwhelmingly blessed with natural resources, yet peace which supersedes wealth remains a mere word in the “world”. Their gargantuan fortune cannot offer them peace. Armed groups and militants thrive and sprout with the twinkle of an eye. The easiest group to be formed there is a radicalised and hard line one with a rather selfish and erroneous interpretation of Islam. Little wonder all the modern notorious insurgencies such as the Taliban, al-Qaeda, ISIL, Muslim Brotherhood, etc have their founts in the Middle East.

Each of the countries wants to exert itself as the regional power as Nigeria does in the West African sub-region. Economically, almost every of the Muslim nations is buoyant. Then there could not be a meaningful economic competition. The alternative is a political one which is by causing instability in the opponent’s country. A nation can sponsor and fund a group of armed men to foment some trouble and mayhem in an opponent’s country. It should not be surprising to hear Iran accusing Saudi Arabia of having sponsored the attack on Iran’s parliament in central Tehran and the Mausoleum of Ayatollah Khomeini in south of the city of Tehran. They know where and what their problems are. Iran prefers working and collaborating with the Lebanese Hezbolla rather than the Lebanese government itself. Whereas to the Gulf countries and their Western allies, the group is a terrorist one. Hence, Saudi Arabia considers Iran as a harbour of terrorists.

These two main rival countries, Iran and Saudi Arabia, spread their tentacles to weaker countries, including Yemen, one of the poorest countries in the world. Its civil war would have ended if not for the conflicting interest of the regional powers. While Iran supports the Shia Houthi rebels, Saudi Arabia backs Abed Rabbo Mansour Hadi, the internationally recognised government. Syrians would have heaved a sigh of relief if these regional powers had sheathed their swords and coax their allies in the East and West to do the same. What is more, since they could not have a direct confrontation that can plunge the region to a total war, a proxy war could be got in Syria and Yemen. None of the two sides is ready to surrender and appear defeated, therefore, far is the end to the uprising in Yemen and Syria and the Arab spring.

Why would Egypt not severe ties with Qatar alleged to be supporting the Muslim Brotherhood? The Egyptian leader, Fattah el-Sisi, usurped the first democratically elected president, Mohamed Morsi, an adherent of the Muslim Brotherhood. To him, the organisation is a threat and any country (Qatar) backing the group is a foe. El-Sisi forcibly silenced members of the group by imprisoning and killing them. The Arab World generally is being led by monarchs who wield unlimited power, any dissent is a terrorist to be arrested and executed. The Emirs, Sheiks and Supreme Leaders are authoritarians: no democratic way of challenging or removing them, and the influence and interest of these lifetime leaders are often in sharp contrast to their entire countries. Hence, Egypt quickly joined the other Gulf countries in cutting ties with Qatar, which they unanimously point an accusing finger at as a sponsor of terrorist groups, notably the Muslim Brotherhood.

Where Shiite Muslims are the majority, Sunni will be minority and vice versa. Iran and Iraq have Shiite majority and the Sunnis supported by Saudi Arabia and other Sunni countries often engage in violent demonstrations, attacks on shrines belonging to the Shiites. In 2016, Iran protested the execution of a popular Shiite cleric Sheikh Nimr al-Nimr in Saudi Arabia. Iran would not mind if the cleric and others were guilty of the allegations. In 2014 the global terrorist group, Islamic State of Iraq and Levant (ISIL) declared a caliphate in Mosul. Though Sunnis were a minority in Iraq, they ruled till the United States invaded the country in 2013. To get to power, the ISIL arose and it spreads its wrong interpretation of Islam to some African countries like Libya and Egypt. Though Riyadh overtly condemns Daesh, it covertly sympathises with the Sunni hardliners. Therefore, Shia-Sunni discrepancy makes peace an illusion in the Arab World. And until they do away with the ideology, unrest will be the order of the day.

Nwankwo leaves DMO with profile high as ever