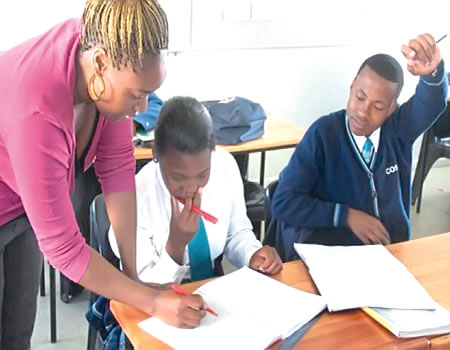 October 5 every year marks a special day in the world and our development as humans because the United Nations (UN) has set it aside to recognise and appreciate the unquantifiable efforts of key nation builders; teachers by tagging it the World Teachers Day.

The roles of the teachers in any nation of the world cannot be over emphasised as they are indisputably major stakeholder in national development.

The products of their activities after lot of sleepless nights, preparing for our future, strategising ways which each child would live up to expectations, are what the world is looking up to.

Lawyers who uphold justice, doctors who save lives, engineers who make life easy through technology and many from numerous fields of human endeavours whom humanity is benefiting immensely from their knowledge, all have gone through that individual whom, having swum through life, avails his fountain of knowledge for others.

It is disheartening that the efforts of these individuals are barely recognised not to talk of appreciated by government and even individuals they have nurtured. There may be claims that they are appreciated but it mostly amounts to lip service without adequate actions to better their lot.

Their welfare, rights and privileges however minute, are still not forthcoming as expected. A comparison between the wages and salaries of Nigerian teachers and their counterparts in other countries is a source of humiliation. If the paddler of the education sector in the country is given such poor attention, what more do we anticipate from such if not less to standard?

Growing up as kids, we used to live in a society where teachers were preciously valued and cared for. Basic and necessary amenities and welfare to be up to the task in delivering and abiding by the sworn oath of the Noble teaching profession were provided. Society respected them and held them in high esteem. Alas! They have been relegated to the least status. What went wrong?

Unarguably, if this should go on, all should know that our tomorrow is not guaranteed. Imagine a society without a good teacher? As a matter of national importance and emergency, there is need for the government across all levels and the private individuals to look closely into the education sector of the country and carry out all actions necessary to revive its standard.

A drastic end should be put to the incessant industrial actions embarked on by unions in this sector.

To our ever resilient teachers, you are celebrated and urged not to relent in doing your good work in transforming us from the state of Tabula Rasa to being an epitome of knowledge because the future looks brighter with your efforts.

On ban of SARS