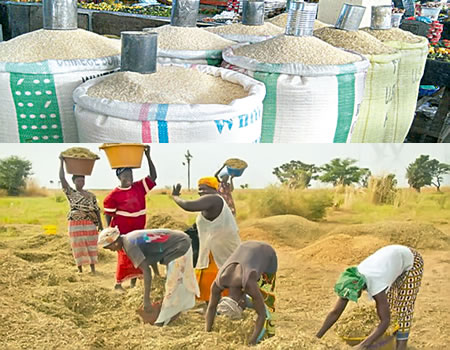 ZAMFARA State government has disclosed that a total of 60,000 cotton and rice farmers will be supported under its new agriculture partnership scheme.

The state government said that the project will be executed in collaboration with the Central Bank of Nigeria (CBN).

Maiturare explained that the scheme was part of efforts to fulfill the campaign promises of Zamfara state governor, Bello Matawalle, who had assured of his readiness to revive agriculture in the state.

He further noted that scheme will finance the farmers through commodity associations.

“Under this arrangement, 30,000 farmers each from the cotton and rice sectors would benefit from the partnership. The programme is already in top gear,” he said.

Maiturare, added that the state had already dedicated 130,000 hectares of farmland for cotton farming located across the 17 emirates of the state.

This, Maiturare noted, was in a bid to see to the success of the programme as well as to remedy the shortage of lands for farming occasioned by insecurity, among others.

The governor’s aide also disclosed that the state government in collaboration with the Raw Materials Research and Development Council had secured 4.5 tons of cotton seed.

He said: “The cotton seed is suitable for Zamfara farmlands and is estimated to cover at least 2,000 hectares.

“The gesture is geared towards supporting cotton farmers with improved variety of seed, free of charge, and in addition to the allocation of two brand new utility vehicles to the directorate by the state government.”

On the efforts to revamp agriculture in the state, Maiturare explained that the Matawalle-led administration has been making efforts to revive some sectors that had been neglected, including the cotton value chain.

“This necessitated the reorganisation of the Directorate of Accelerated Cotton Development known as ZAMDACOD, and why we have been assigned to pilot the activities of the directorate,” he added.

Maiturare, however, appealed to the citizenry especially farmers in the state, to reciprocate the gesture by being supportive to all government policies and programmes.