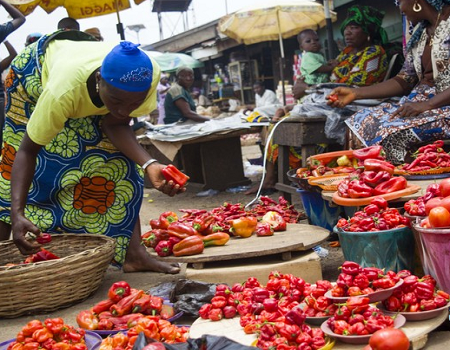 The Convention on Business Integrity (CBi), in collaboration with ActionAid and Lagos Chamber of Commerce and Industry (LCCI), have unveiled a web-based solution (ethicsqed.cbinigeria.com) to help Micro, Small and Medium Enterprises (MSMEs) meet COSO 2013 standards.

The unveiling was detailed in a communique made available to the media in Lagos on Tuesday.

Apampa said that notwithstanding the various challenges faced by businesses in Nigeria, MSMEs could distinguish themselves from other organisations by being compliant with international standards as a competitive edge and subscribing to the COSO 2013 framework.

He said that donor organizations, as well as development banks, have had cause to stop MSMEs from participating in their activities because of integrity issues in a process called Debarment.

“MSMEs in Nigeria are severely challenged by issues of undercapitalization, lack of records, difficulty to the access of bank credit, high cost of doing business, irregular power supply.

“Additionally, inability to separate personal finances from business, corruption, infrastructural inadequacies like bad roads, government lack of interest in the sector, amongst a host of others summarily explain their challenges.

“Issues such as falsification of their year of incorporation, doctoring the value of reference contracts and tampering with the experience of key personnel.

“However, compliance with international standards and subscribing to the framework can help address these challenges and put your business in a vantage position to ensure competitiveness,” he said.

Presenting the business model of the platform, Mr Maduka Okafor, Information Technology Manager, Integrity Organization Limited, explained that the value proposition of the platform was to enable MSMEs to understand ethical and anti-corruption standards.

Okafor explained that it also served as a marketplace of service providers, who provide regulatory interface services and also help MSMEs internally assess themselves and show credible evidence of conformance with standards and regulations.

He said that the customer segments expected to make use of the platform are International Donor Agencies, Banks and Other Financial Institutions, Venture Capital Firms, Large Enterprise Companies and most importantly MSMEs.

Okafor said that the platform was secure and compliant with the General Data Protection Regulation (GDPR) standards on data protection and covered the requirements needed to comply with the COSO 2013 framework.

“It includes segments such as having a controlled environment, risk assessments, controlled activities and information and communication.

A panel session headed by Chairman, Nigerian Association of Small and Medium Enterprises (NASME), Mr Solomon Aderoju agreed that more incentives could be used as a motivation tool to drive the usage of the platform amongt other benefits.

“MSMEs remain the backbone of major developed economies and they are important contributors to employment, economic and export growth.

“It is thus important for MSMEs to work towards thriving in this economy by differentiating themselves from the crowd and building processes on systems, not on individuals, in order to ensure sustainability,” he said.