Can Any Current Player Surpass Gianluigi Buffon as the Best Goalkeeper of the 21st Century? 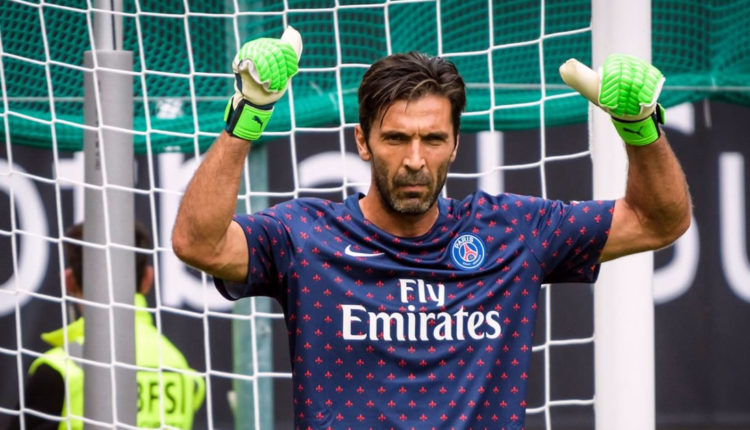 Naming the best player in any category is never an easy task and there is rarely a consensus. You only have to look at the ongoing debate about who is the best: six-time Ballon d’Or winner Lionel Messi or “arch-rival” Cristiano Ronaldo to see that football fans rarely see eye to eye. When it comes to sporting debates, objectivity is often replaced by tribalism – particularly in the fickle world of social media.

However, there is one area where most experts are currently in agreement. And that is in the best goalkeeper of the 21st-century category. Ask almost anyone involved in the game and they will give you the same answer: Gianluigi Buffon.

The Italian, nicknamed “Superman” and continuing to justify the “ageless” description this site gave him back in 2016, is often included on lists of the greatest goalkeepers of all time so it is only fitting he takes the honors here. He made his senior debut for Parma in 1995, aged just 17, after graduating from their youth academy. He helped guide them to three major trophies including the UEFA Cup before moving to Juventus for €52 million in 2001. At the time, he was the Turin club’s record signing.

Still playing at the age of 42, his key attributes are his mentality, work-rate and consistency. And his agility and shot-stopping skills have made him a role model for many young keepers. He was also commended for showing loyalty when his club were relegated to Serie B following the Calciopoli scandal in which officials at several Italian clubs were accused of influencing referees.

He won nine league titles with the Old Lady as well as four Italian Cups and five domestic Super Cups. However, he never won the Champions League despite reaching three finals. He made 176 appearances for the Italian National team and won the 2006 World Cup. His list of individual honors and records is unlikely to be bettered anytime soon. And he played in an era which featured some of the best keepers of all time including Iker Casillas, Manuel Neuer, Edwin van der Sar and Petr Cech.

Pretenders to the crown

One goalkeeper who could go on to be rated the best of the current century is Jan Oblak. The Slovenian came through the Olimpija youth academy before joining Olimpija Ljubljana in 2009 and then being snapped up by Benfica in 2010. He spent much of his time there out on loan before breaking into the first team and guiding to a domestic treble and the Europa League final where they were beaten by Sevilla. He was awarded the league’s Best Goalkeeper of the Year award in July 2014 despite making just 16 league appearances and was subsequently signed by Atletico Madrid.

Oblak has since made 245 appearances for Atletico Madrid and has won three trophies including the 2017/18 Europa League and also been a Champions League runner-up. Unfortunately, Oblak won’t be taking part in Euro 2020, which England are currently 5/1 favorites with Betway to win, because Slovenia failed to qualify from Group G. However, his national team’s shortcoming should not be used against him when ranking him among the greats. Many already regard the 27-year-old as the best goalkeeper playing in the game right now.

Pushing Oblak for the title of the best goalkeeper in the world currently playing is Brazilian Alisson Becker who plays for Liverpool. After switching from his home country to Italian club Roma, the 27-year-old had to wait a year to be handed the Number One jersey but then made an instant impact, keeping a total of 22 clean sheets across the 2017–18 season and guiding the club to the semi-finals of the Champions League. He did not concede a single goal at home in the Champions League until the semi-final against Liverpool.

In July of the same year, Alisson became the world’s most expensive goalkeeper when he signed for Liverpool for a €72.5 million fee. In his first season, he broke the record for the most clean sheets in a Premier League debut season, won the golden glove and helped guide the club to their sixth Champions League title and FIFA Club World Cup glory. Alisson has already won a host of individual awards including Best FIFA Goalkeeper of 2019 and UEFA Champions League Goalkeeper of the 2018/19 season.

Both of these players have already raised the bar for modern keepers but to knock Buffon off the top spot, they will need to maintain their current level for a decade or more. Alisson has the slight advantage of playing for Liverpool, who have been beaten just once all season and are arguably the best team in England right now, and Brazil, who are still one of the best international sides. But all eyes will be on these two over the few seasons.