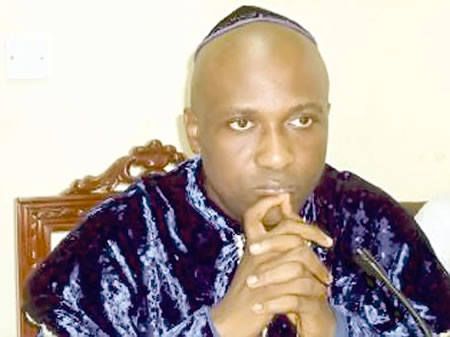 Primate Elijah Ayodele, founder and head of Inri Evangelical Spiritual Church, Lagos, has rejected the section in the Companies and Allied Matters Act (CAMA) which specifies that religious organisations can be taken over by the government in the event of fraudulent activities or mismanagement.

President Muhammadu Buhari signed CAMA into law on August 7, 2020, and the law makes provisions for strict supervision of religious activities by the government.

Speaking in an interview with Tribune Churchnews the cleric said the government should avoid God’s anger and not get involved in church matters.

According to Ayodele, the government did not receive the calling for the establishment of churches, nor has any input in how churches get funding for their operations, and as such, they can’t take over such organisations.

He said: “Are you the one who bought the land? Did you establish the building? The church that I used my money to finance, my sweat… they can’t try it in my church. I beat my chest to say that with confidence. You’ll tell me if you’re the one who received the calling. All my life, my soul, my energy, my blood is in the church. Forget CAMA. Maybe the churches that are very rich, they can ‘CAMA’ them. Nobody can ‘CAMA’ my church for me.

“If it’s 1,000 days of fasting, I’ll do. I’ll finish the BoT they’ll put in charge. It’ll be like a rocket. You don’t even know the system of the church. Is it APC or PDP? Nigeria’s system is different from other countries. God called me and gave me the laid-down rules and somebody will say there’s fraud?

“Let them come and take over. Heavenly bomb! When they hear it, they won’t hear till they die. They can’t try it. It’s just dead on arrival. They want to test the church. Meanwhile, there’s a prophecy we have said that the government will fight the Church. And I won’t blame the government because the church leaders are in partnership. Have you seen where an ordinary matter wants to rule the spiritual world? It’s not possible.”