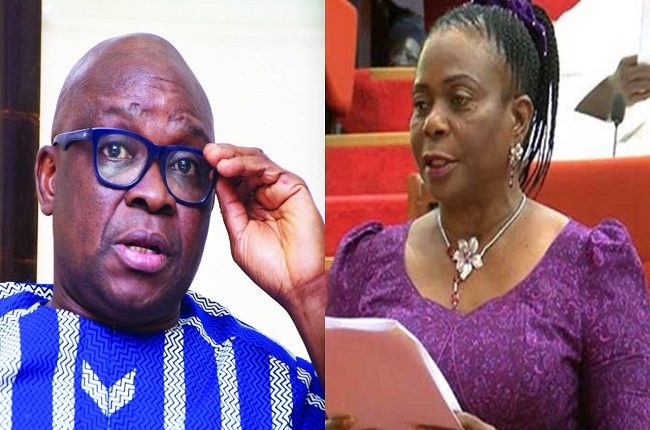 THE crisis rocking the Ekiti State chapter of the Peoples Democratic Party (PDP) deepened on Saturday as parallel state congresses were conducted for the state working committee of the party.

The party had been polarised in recent times with a former governor of the state, Mr Ayo Fayose and the lawmaker representing Ekiti South, Senator Biodun Olujimi leading the two warring groups for the soul of the party.

The crisis made the National Working Committee (NWC) constitute a seven-man caretaker committee headed by former Senate Chief Whip, Senator Hosea Agboola for the running of the party’s affairs in the state.

At the congresses held on Saturday, a former commissioner for environment in the state, Honourable Bisi Kolawole emerged chairman from Fayose’s camp, while the Olujimi group elected a former member of the House of  Representatives, Honourable Kehinde Odebunmi as the chairman of the opposition party in the state.

While the Fayose group conducted its congress at the instance of the former governor, Segun Oni at the Petim Guest House, the Lotus Guest House in the state capital played host to the former Senate minority leader’s group. Speaking at  the factional congress, Fayose warned the party members against indiscipline and disloyalty, saying, “PDP was robbed  in 2018, but 2022 is another day.”

Beauty not enough to keep one at the top —Shittu