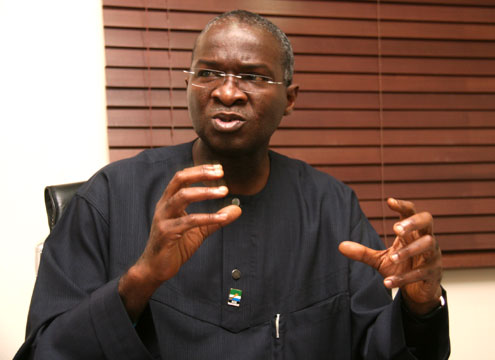 He said, the President, if given a second mandate will do more and ensure that the ordinary Nigerians feel the Next Level impact.

The Minister, who also doubles as the Director of Planning and Election Monitoring for Buhari’s reelection made the disclosure at the inauguration of the All Progressives Congress(APC) party directorate extended members of the Campaign council, in Abuja.

According to him, more resources were put into infrastructure development adding that this is the bedrock of any developed society.

He explained that investments put into infrastructure would serve as a yardstick to determine the current status of the country.

He said: “We have chosen first to focus on rebuilding Nigeria. We are the party that recognizes that poverty exists and it will not go away unless we do something about. Poverty is in every country in the world but a good government does something about it. One of the things he has done about it is to feed children everyday, APC is feeding 9 million children every day.”

“In 18 years the only thing that has defined the difference between the Middle East, Qatar, Dubai, is construction and that is what Buhari is doing. No nation fails by doing that.

“The investment in infrastructure would be what will define the status of Nigeria at the Next Level. All over the world, you will see nations be classified as developed, developing and underdeveloped. One of the largest parameter for the measurement of the development is the quality of infrastructure that delivers the livelihood that people see, what is the quality of your hospitals, roads and airlines, quality of housing.

Fashola who also boosted on the values of the President, further claimed that members of the party who decamped to the opposition merely rode on Buhari’s back to acquire desired positions.

He said: “We have weeded out mostly those people who rode on Buhari’s back to get into office in order to develop their own agenda and when they realised that their agenda is not coming out, they have gone to where their roots are originally entrenched and it is showing clearly the difference between Night and day, shows that our developmental agenda based on values, developing the rurals is not in line with their agenda so they have a choice to leave.”

To this end, he assured that: “What we have done with the little resources to our disposal in a short time compared to their 16 years have shown that if entrusted with a second mandate we will do more.”