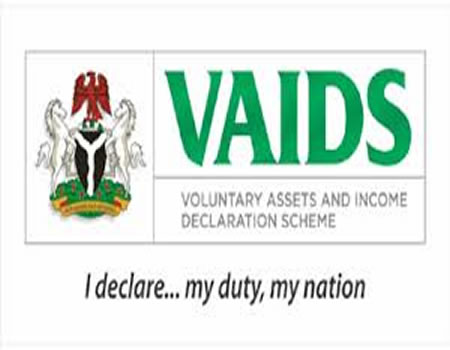 PRESIDENT Muhammadu Buhari has approved the extension of the Voluntary Assets and Income Declaration Scheme (VAIDS) to June 30, 2018.

According to a statement issued by Femi Adesina, Special Adviser to the President (Media & Publicity), on Wednesday, the short extension after the original March 31 date is based on the appeals of professional bodies and individual taxpayers.

It affirmed that there will be no further extension after the June 30 date.
It explained that a new date was also given, based on the conviction of the Ministry of Finance that the overall objective to increase compliance will be attained, and additional revenue will accrue.

The statement said a fresh executive order will be made to give legal backing to the new timeline.

It quoted the President as saying: “For a nation of people who are competitive and driven, it is not a pride that we are the lowest performer in tax to GDP, not just in Africa, but in the world.

“Nigeria’s growth needs are such that every Nigerian must do his duty to his nation, to his neighbour, and to himself.

“Hiding monies overseas, evading taxes by manipulation, and other unwholesome practices, have never developed a country, and for Nigeria to attain her true potential, these must stop.”

The President urged Nigerian companies and individuals to join the government in the rebuilding mission, “and do the right thing by taking this window of extension to regularise.”

He added that the right thing may not be convenient or comfortable, “but in the long run, we will all have a nation we can be proud of.”

President Buhari further urged tax authorities to use the extension window to perfect plans to prosecute those who fail to regularise their tax status.

The Presidency also explained that VAIDS is one of the key policies being used by the Federal Government to reposition the Nigerian economy and correct inherited underdevelopment.

“The country has one of the lowest tax collection rates in the world at just 6% of GDP. This was partially a function of the reliance on oil that saw us abandon the historical revenue collection systems and switch to a culture of sharing resources, rather than generating them.,” the statement said.

President Buhari had last year launched the Economic Recovery and Growth Plan (ERGP), and the VAIDS tax amnesty is first in the series of reforms that will transform our tax system and provide sustainable predictable funding for all tiers of government.

Tax revenues will ensure that public infrastructure is provided, and public services are funded to improve the lives of the people, Taxes redistribute wealth from those who have more to those who have less, and VAIDS is one of the windows to achieve such, the Presidency added.