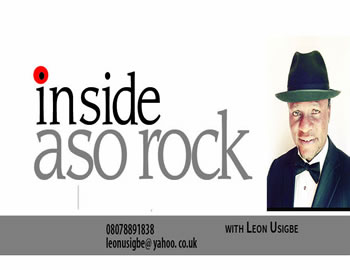 ON August 9, 2010, former president Olusegun Obasanjo declared of himself: “I dey kampe.”  He had to do so to the public after rumour became rife that he was shot dead. Reports had emerged that he was assassinated in his home town Ota, Ogun State by unknown gunmen and was confirmed dead at the town’s General Hospital a few hours after his convoy was ambushed. It was a devious lie apparently.

To prove to the world that he was alive and well, he announced that he had successfully performed the tasks he set out to do that day and had returned home safely. Obasanjo nevertheless thanked all those who had expressed concern over his safety, convinced that as it is in the belief of his Yoruba people, his rumoured death meant that he still has many more years to live.

President Muhammadu Buhari returned from London penultimate Sunday after his 14-day medical vacation and also declared himself kampe. Before he left for the trip, there was no rumour of his death unlike Obasanjo except speculation, strong enough to suggest that he was very unwell and this caused a lot of anxiety. It turned out that he was afflicted by a condition known as Meneire Disease. The infection in one ear left him with persistent pain. Some experts had confirmed that the condition causes pains and hearing impairment and in some cases, loss of balance of the individual afflicted. It did make Buhari to drastically reduce his official engagements just before he made the decision to go abroad for treatment.

The president had been slated to spend 10 days but Vice President Yemi Osinbajo who had acted as president during his absence, later announced to us in State House that Buhari had decided to extend his stay by a few more days to enable him to rest for the weekend. This announcement caused a few agitations in the minds of some people who wondered whether Buhari had indeed been properly healed despite the several photographs emerging from his London holiday home indicating that he was in great shape. Therefore, not a few people were curious to see how things would pan out when he arrived back in the country.

He returned to be confronted with questions about his true state of health. When he alighted from the presidential aircraft, Nigerian Air Force 001, he inspected a guard of honour mounted by men of the Brigade of Guards and after the usual exchange of pleasantries with government officials in the welcoming party, it was time to field a few questions from State House correspondents. He was asked to confirm his state of health. Buhari retorted even though tersely: “I am okay. You can see me inspecting the guard of honour. You can see I am taller than you. Do you want to wrestle with me? You can do so.” But who dares wrestle with the president?

An obviously elated presidential spokesman, Femi Adesina, expatiated with his popular refrain as his duty required of him, telling reporters: “Mr President is fit.” Kogi State governor, Yahaya Bello, who was part of the welcoming party, went a step further, personalizing the president’s return. When approached for his comments, his face lit up and he wasted no time singing like an over excited child, “Our daddy is back. We thank God for bringing him back to the country. It is a good thing he went on break and returned to his people hale and hearty. Our daddy is back. He has gone to take a rest. We are happy that he is back.”

Buhari took things easy in his first few days of resumption. There was nothing officially on his programme in the week of his return except that he received briefing from the Minister of State for Petroleum Resources, Ibe Kachikwu, accompanied by the incoming Secretary General of the Organisation of Oil Producing Countries (OPEC), Nigeria’s Mohammed Barkindo. He thereafter decorated the new acting Inspector General of Police, AIG Ibrahim Kpotum Idris.

Things are yet to go full blast in the presidential villa up till now but the president is rearing to go, ready to continue the wrestle he has begun on many fronts, particularly on corruption, and social-economy spheres. It will be an understatement to say that he needs renewed strength to bludgeon the burgeoning economic and social crises in the country. His two-week leave may not have been enough to gather enough strength at his age but he has certainly had time to do a deeper introspection of the state of affairs of the nation away from the hurly-burly of Nigeria and should be brimming with fresh initiatives.