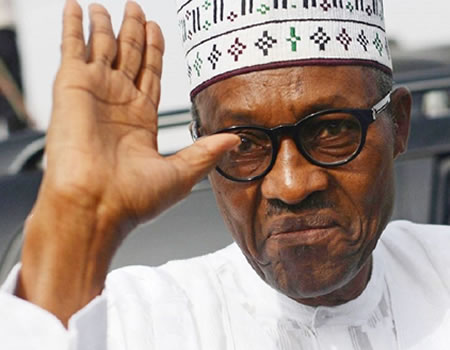 AILING President Muhammadu Buhari was on Friday unable to participate in Juma’at prayers at the Presidential Villa mosque where he normally observes the prayers.

He was also unable to attend this week’s meeting of the Federal Executive Council (FEC).
Some state governors including Ibikunle Amosun, Abdulaziz Yari, and Umar Ghanduje of Ogun, Zamfara and Kano, respectively, were on hand to pray with the president but had to do so without him.
All three governors failed to speak with State House correspondents on their way out of the Villa.
Amidst mounting anxiety about his state of health, the Presidency had on Thursdayexplained that President Buhari was not able to work full time because his doctors had insisted he should rest.
A statement issued by the Senior Special Assistant to the president on media and publicity, Garba Shehu, in Abuja had however assured Nigerians that there was nothing to be apprehensive about concerning the president’s ill health.
He said Buhari’s worst situation was in London where he spent about two months on medical vacations.
The statement read: “The Presidency hereby assures the good people of Nigeria that, despite the insinuations of a number of media organisations, there is no need for apprehension over the health of our President, Muhammadu Buhari.
“President Buhari’s absence at the Federal Executive Council meeting of Wednesday, April 26, was a last minute decision; otherwise, the cabinet and the public might have been alerted in advance.
“As eager as he is to be up and about, the President’s doctors have advised on his taking things slowly, as he fully recovers from the long period of treatment in the United Kingdom some weeks ago.
“President Buhari himself, on his return to the country, made Nigerians aware of the state of his health while he was in London.
“Full recovery is sometimes a slow process, requiring periods of rest and relaxation, as the Minister for Information, Lai Mohammed, intimated in his press briefing after the FEC meeting on Wednesday.
“Despite his lack of visibility, Nigerians should rest assured that President Buhari has not abdicated his role as Commander-in-Chief of Nigeria.
“He receives daily briefings on the activities of government, and confers regularly with his Vice President, Professor Yemi Osinbajo.
“His private residence, in which he has been spending the majority of his time recently, also has a fully equipped office.
“God is the giver of life and health. We are grateful that He has seen our President through the worst period of his convalescence in London.
“We are thankful that the President has passed a number of benchmarks already. We pray that God continues to see him through this period of recuperation.”
The president had drastically scaled down his activities since returning from a nearly two months of medical leave in the United Kingdom in March this year.
BuhariJuma'atPrayers
Share