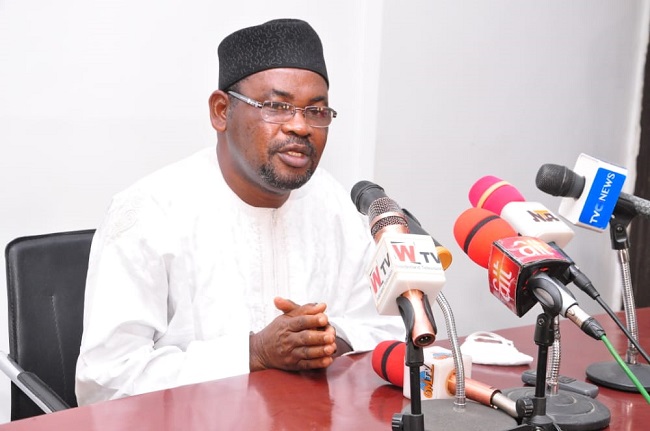 The development is following the current eruption of violence in Billiri Town, which has degenerated into a security threat to both lives and property.

According to a press statement signed by the Secretary to Gombe State Government (SSG), Prof Ibrahim Njodi Abubakar, The government affirmed the need for peaceful co-existence among the citizenry and commitment to the protection of lives and properties. Consequently, the government has suspended all forms of gatherings in Billiri Local Government Area.

The statement directed all security agencies to ensure strict compliance with the curfew directive while all citizens are expected to comply with the directive except personnel providing essential services.

It will be recalled that Gombe State Government had assured that it is making far-reaching consultations with relevant stakeholders on who becomes the next Mai Tangale amongst the top three contenders presented by the Kingmakers.

The disclosure was made by the Secretary to the State Government (SSG), Professor Ibrahim Abubakar Njodi while addressing newsmen shortly after a stakeholders meeting held at the Deputy Governor’s office.

He said that the journey to the throne of Mai Tangale began when a total of 23 persons expressed interest in the position but through screening and some other important considerations in the selection process, the number was trimmed to 18 and eventually 3 candidates.

Those 3 candidates he further explained, secured votes from the Kingmakers to emerge and are now equals in the eyes of the law irrespective of the number of votes they scored.

Professor Njodi said that the names of the top 3 contestants who scored votes in the contest have since been forwarded to the State Governor, explaining that the “number of votes by kingmakers are not the determinants of who becomes an Emir or Chief, rather their votes only determine who makes the top 3 nominees to be recommended to the Governor and nothing else.”

The SSG added, “You all know that the 2020 laws of Gombe State as amended gives the Governor the prerogative to select one from the top 3 candidates.”

On 25th January 2021, the Governor of Gombe State assented to the Gombe State Chieftaincy Law, 2020. The relevant provision of the law as to the appointment of an Emir or Chief is that the Council of Traditional Kingmakers of an Emirate or a Chiefdom shall nominate to the Governor three candidates for the vacant stool from among eligible members of the Royal Family.

The Governor after due deliberation will then choose one of the candidates for appointment as an Emir or Chief.

The appointment of an Emir or Chief is, therefore, the prerogative of the Governor.

Ibrahim Njodi explained that “So the Governor alongside stakeholders are still making consultations to come up with what is good for the people.”

He also said that the seat of the Mai Tangale is such an important one that needs careful consultation and background checks to arrive at who sits on it.

He added that “Any sentiment or distrust in the process is uncalled for, because the three names submitted to the governor are bonafide sons, and all of them belong to the same lineage.”

While appealing for calm, Professor Ibrahim Abubakar Njodi said the government can only function and meet the yearnings and aspirations of the people in an atmosphere of peace.