•Orders him to refund N696.5m entitlement, pension within 7 days 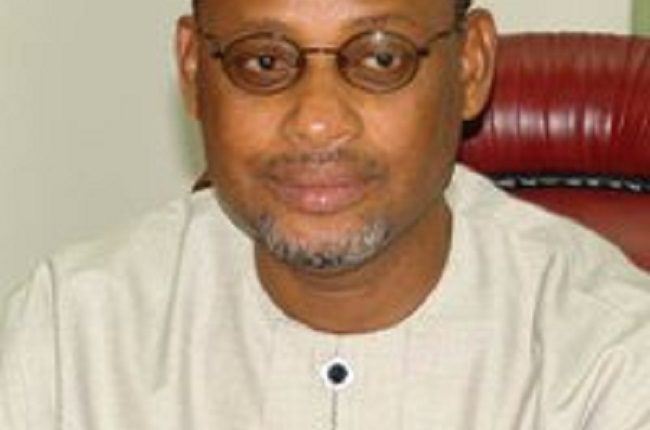 The Rivers state House of Assembly has passed a motion to derecognise Celestine Omehia as a former governor of the state.

The Rivers House of Assembly Thursday passed a motion seeking to remove the status of “Former Governor” from Celestine Omehia who served as Governor of Rivers between May 29 to October 24, 2007, when he was removed by the famous landmark Supreme Court judgment that replaced him with his cousin Rotimi Chibuike Amaechi.

The motion to “Derecognise” Omehia as former Governor was moved by the Leader of the House, Martin Amaewmule, representing Obio/Akpor Constituency one.

The 8th Assembly, under the same Governor Nyesom Wike administration on June 30, 2015, passed a resolution which compelled the executive arm, headed by Governor Wike to recognise Omehia as a former governor and be accorded all entitlements, privileges and benefits.

In Thursday’s motion, Amaewmule argued that the continued recognition of Omehia in that capacity would be a breach of the Supreme Court judgement, which in 2007 removed Celestine Omehia as a governor for not being the duly elected candidate in that year’s governorship election.

The lawmaker also submitted a copy of the Nigerian Weekly Law Report that contains the landmark judgement which removed Omehia from office and declared Rotimi Amaechi as the duly elected candidate of the PDP at the time and the right person to occupy the office of the Governor.

He said the motion was being moved now to reverse the earlier resolution because the 9th Assembly has a better knowledge and particulars on the said Supreme Court Judgement.

The motion was seconded by the Whip of the House, Evans Bipi.

The Speaker of the Rivers State House of Assembly, Ikuinyi-Owaji Ibani said the house was right in taking the decision because no law was absolute.

However, the motion has started generating reactions from across the state with many saying that the house has once again demonstrated that it is a mere appendage of the state governor Nyesom Wike.

A close watcher and journalist of many years in the state, who pleaded anonymity, said the move by the assembly is in demonstration of the assembly’s sympathy to Governor Nyesom Wike’s war against some of his former allies who have parted ways with him following the outcome of the PDP Presidential primaries which the governor lost to Alh. Atiku Abubakar.

“Remember that Wike had alleged that he was betrayed by some of his former allies which included Celestine Omehia and have vowed to fight them to finish”, he said adding that the decision of the state house of assembly, seen as Wike’s rubber stamp must be part of the Governor’s way of dealing with Omehia.

In his own reaction, former spokesman of the Pan-Niger Delta Forum (PANDEF), Chief Anabs Sara Igbe dismissed the action of the assembly as null and void and a demonstration of their naivety.

He queried; “To start with, are they the ones who voted for him, did the Rivers State House of Assembly make Omehia a Governor? It is not the duty of the assembly to recognise him as a governor or not to recognise him.”

The former PANDEF spokesman said; “There’s no law in Nigeria or in the constitution that empowers the assembly to derecognise a governor. So what the house did today is vanity upon vanity and has no substance in the eyes of the law.

They cannot approbate and reprobate at the same time. They are just exposing themselves to the public how naive they are and how parochial their thinking is. So to my mind, they did not do what is right.”

Nigerian Exchange Limited has admitted the listing by the introduction of Geregu Power Plc on the Main Board of The Exchange, on Wednesday….….BREAKING: Rivers Assembly

The Lagos State Government on September 30, 2022, filed a Notice of Appeal containing four grounds of appeal against the judgment of Honourable Justice Olalekan Oresanya delivered on September 22, 2022..…BREAKING: Rivers Assembly

Thailand shooting: Many children among dead in pre-school attack

4 corps members to repeat service year, 27 others get 3 weeks extension in Bauchi