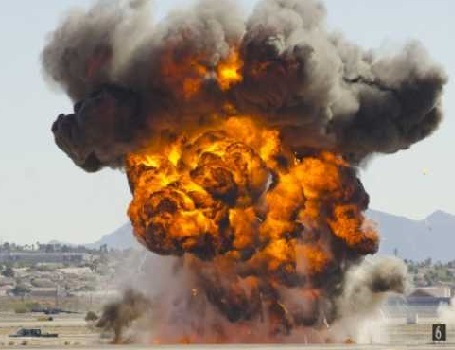 According to reports, the Imo state Police Public Relation Officer, PPRO, Orlando Ikeokwu,, who confirmed the development. gave the names of the victims, as Elvis Ukado; Kasiemobi Uzoma and Justice Adie.

“It was as an unexploded ordinance in a scrap dump, adding that “One of the victim while beating the scrap iron in order to compress it, the bomb exploded killing three of them at the scene as at the time of the incident,” Ikeokwu said.

He said the Imo State Commissioner of Police, Rabiu Ladodo, and his team had visited the bomb explosion scene at Oguta., adding that: “The Commissioner of Police wish to use this medium to warn all member of the public to promptly report any metal device suspected to be unexploded ordnance or explosive, for possible examination, evacuation and possible destruction.”

That the Hadaya project can be transparent