Betting Tips for the Semifinals of the Copa Libertadores 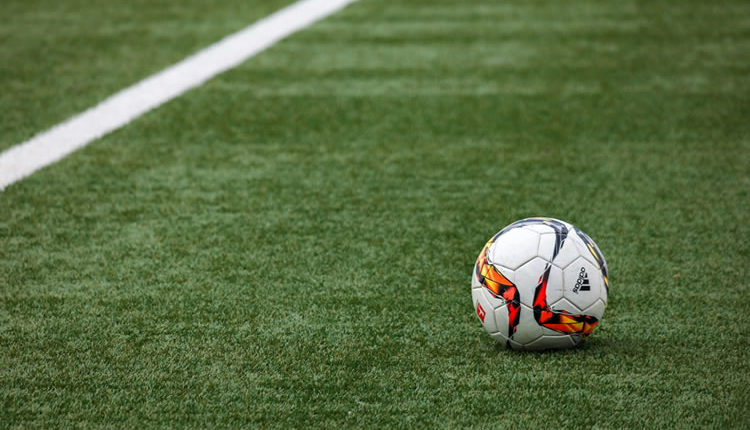 The Libertadores Cup is the most important competition for South American clubs. This competition is as important as the UCL and every big club in the continent wants to finish the season lifting this trophy.

This year’s semifinals bring two confrontations between Brazilians and Argentine, a classic rivalry in football. And today we bring betting tips on both matches, as well as one match from the Copa Sudamericana.

If you want to check more betting tips, click here. And don’t forget to also check the profile of author Kate Richardson, who helped us with this amazing article.

In the second leg of the semifinal between Palmeiras and River Plate, the Brazilian side will play at home. We expect a very intense duel between both clubs, not only because of their country’s rivalry, but also because of the strength of both sides.

Apart from that, we cannot forget the fact that in the first leg, which was played in Argentina, it was the Brazilian team who left with the victory after an amazing 3-0. It surprised every single person, especially the Argentine club, who expected to gain some advantage playing at home.

Now, playing in Sao Paulo, River will have to take risks from the beginning of the match if they want to have chances. An early goal would be perfect for Marcelo Gallardo’s men, as it would show them that it is possible to get this amazing comeback.

On the other hand, Abel Ferreira’s men are certainly in a good position and they won’t just play with the result. They will also try to score and make it an easy qualification to the big final of the Libertadores Cup.

Thinking about the fact that boths teams will play to score goals, especially River who needs at least a 3-0 to take to the penalties, we believe that the best market is the over 2.5 goals. Apart from that, both clubs have interesting attacks. Palmeiras scored 16 goals in their last 6 matches at home, while River scored the same amount in their last 6 matches away.

The Prediction: Over 2.5 Goals

The other match between Brazilians and Argentines will happen on Thursday. Santos will welcome Boca Juniors for the second leg of the semifinals. We expect it to be a very exciting game, as both teams have great chances of qualifying to the great final.

In the first leg match, we could say that Santos were able to get a good result, even though they didn’t score. A draw against Boca Juniors, in Argentina, can certainly be considered as something good and now they will have the chance to guarantee their qualification playing at home.

However, Boca Juniors have a little advantage on the game, as they didn’t suffer any goals while playing at home. However, we don’t believe that Boca will go for a simple draw. The Argentine club wants to play another Libertadores final and, because of that, will certainly try to leave with the victory.

Even though they will be playing in Brazil, we believe that Santos will not be able to qualify. Saying that, our bet is on Boca Juniors’ victory. One of the reasons for that is the moment that both clubs are having. While the Argentines have 3 victories and 3 draws in their last 6 matches, Santos got only 2 victories in their last 9 matches. Apart from that, the Brazilians have conceded goals in their last 5 matches at home.

What to bet: Boca Juniors to Win

A match between two Argentine clubs in the semifinals of the Sudamerican Cup. Lanus welcomes Velez Sarsfield for the second leg that will be played this Thursday. We expect a very lively duel, especially because of the result of the first leg game.

In the first confrontation between both sides, Lanus were able to get a simple 1-0 victory away, taking an advantage for their second match, as they will now be playing at home. Apart from that, the hosts come from two victories in a row in other competitions, which helps to motivate them for this match.

However, it is not right to think that Velez Sarsfield won’t have any chances. The visitors have a really talented team and have been playing better when they are away from home. Thinking about that, the fact that they lost at home is not bad. They need a simple 1-0 to take it to the penalties, and a 2-0 to qualify.

Of course we don’t think it will be this simple and, honestly, we believe that both teams will throw themselves on each other, having great chances of many goals happening in the match. That is why our choice for this confrontation is over 2.5 goals.

Trying to find the best bookmaker to place your wagers on South American leagues? Take a look at MightyTips. There you will find many available bookmakers and check out which one is the best for what you are searching.

Beware Of People’s Anger •Ayodele, Mbaka Warn Buhari In 2021 Predictions
Controversial Catholic priest and Founder of Adoration Ministry, Enugu, Nigeria (AMEN), Reverend Father Ejike  Mbaka, has warned President Muhammadu Buhari about likely uprising against his government, urging him to embark on people-oriented programmes to save his government from going…

As The Clock Of 2021 Begins To Tick… Politicians That May Change The Face Of Nigerian Politics
Year 2020 was dominated by existential threat to human survival occasioned by a global pandemic, the novel coronavirus (COVID-19). The nation lost some of its best and brightest in politics and the corporate world. The anxiety thrown up  by the virus could, however, not deter men of power from plying their vocations…

Letter To Bishop Kukah
Dear Bishop,
WHEN I met you in Calabar three years ago at Southern Senators Retreat, you were still as fresh as the very Father Kukah I met in Lagos in the dangerous days of Sani Abacha when fear reigned over the land. Those were the years the Catholic church whose secretariat you headed led us to pray for Nigeria in distress…

Let’s Talk About S3x, The Kaduna S3x
When audacity of immorality is at issue, the celebrated case of Smith v Hughes is always referenced. It is also used to explain the mischief rule in law. By the 19th century, the English society had become so notorious for the infiltration and embarrassment caused it by commercial s3x workers on the streets of London. Prostitution…

[ICYMI] After 20 Years, Alaafin Visits Soun, Duo Sues For Peace
The duo of Alaafin of Oyo and Soun of Ogbomosoland, Oba Lamidi Olayiwola Adeyemi III and Oba Oladunni Oyewumi Ajagungbade III  have called on Nigerians to embrace peace and harmony in a bid to move the country forward. The visit of the Alaafin to the Soun of Ogbomoso came 20 years after the Alaafin visited the Soun’s palace…

Covid-19 And PTF’s Mandate Extension
The world is faced with a second and potentially more malicious wave of the coronavirus pandemic and countries are frenetic in their efforts to curtail the spread. Added to the new wave is a new strain of the virus that has been reported to have the propensity to spread faster than the original one. While it may not…

How Lockdown Has Affected The Gambling Industry

Handy Tips To Get Started With Online Casinos

Corner Bets: Types, How To Bet & Tips To Win