BBTitians: All you need to know as Big Brother introduces new twist 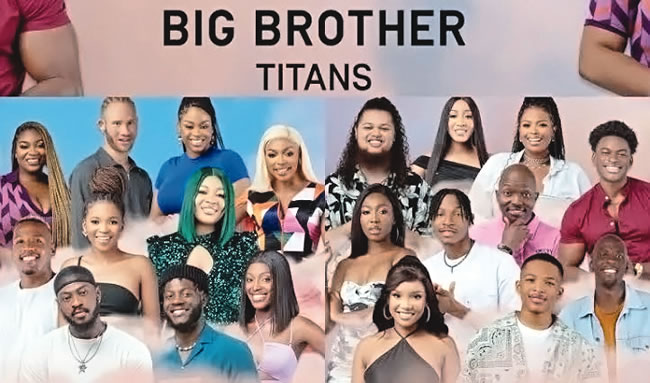 Following Big Brother’s twist on Sunday, the housemates now have their fates tied with their paired partners.

The winning pair: Blaqleng (Blaq Boi and Ipeleng), are the first co-heads of house and have all the HoH privileges.

They both won immunities from the week’s eviction and the exclusive use of the Head of House bedroom.

They also get to save and replace housemates after nominations.

On the other hand, Yemi Cregx and Nelisa emerged as the week’s Tail of House, and for their rewards, they are to wear the trademark tail and use a whiteboard to indicate when they want to speak.

BBTitans: Dating a Nigerian is a taboo in South Africa — Khosi

They are not allowed to say more than what they can write on their boards.

For Week 2 nominations, keeping in line with the two-for-one rule, the paired housemates were to discuss their choices with their partners, but Big Brother instructed them from telling other pairs their choices.

Only one person per pair was allowed to share their nominations in the diary room.

At the end of the nominations, SanTheo received eight nominations, while Yelisa (Yemi and Nelisa), Juvone (Justin and Yvonne) and the Royals (Ebubu and Tsatsi) all received three nominations each.

Blaqleng saved the Royals and replaced them with Juiovla (Juicy Jay and Olivia).

Meaning, Yelisa, Juvone, SanTheo and Juiovla are all up for possible eviction, and at least one of the pairs will say goodbye to the show on Sunday.

Flutterwave set to promote small businesses in Africa through BBTitans