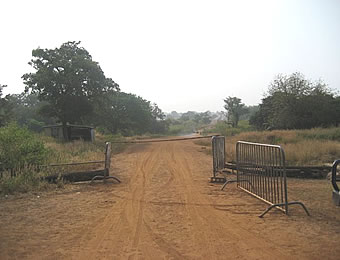 Bayelsa State government has granted autonomy to a community on its boundary with Delta State, known as Kabokiri community in Sagbama Local Government Area of the state.

Consequently, the state Ministry of Local Government, Community Development and Chieftaincy Affairs has been directed to issue a certificate recognising the rural settlement as an autonomous community.

The state deputy governor, Senator Lawrence Ewhrudjakpo, disclosed this at a meeting with members of the Ijaw community, led by its acting Amadaowei in Government House, Yenagoa.

Senator Ewhrudjakpo, in a statement by his Senior Special Assistant on Media, Mr Doubara Atasi, said he approval for the autonomous status was given by Governor Douye Diri, following a justifiable request made by the community.

He said the governor also directed that the name of the community which is located on the Bayelsa part of the famous River Forcados should be changed from its former name, New Patani to Kabokiri Community, as requested by the indigenes.

The deputy governor urged the Sagbama Local Government Area to work closely with the Ministry of Local Government, Community Development and Chieftaincy Affairs to ensure the full integration of the Kabokiri community into the scheme of things in the Sagbama area and the state at large.

Senator Ewhrudjakpo specifically charged the chairman of the council area to meet with leaders and integrate the new community fully into Sagbama Ward 13 to enable them to have a fair share of their rights and responsibilities as indigenes of the state.

He also urged the community to work out modalities for the conduct of credible election that would enable them to choose capable individuals as their paramount ruler and officials of the Community Development Committee (CDC), Youth and Women groups of the community.

Meanwhile, the deputy governor has constituted a committee to visit the Kabokiri community to identify the immediate social amenities needed by the people and submit its report to the government in three weeks.

“Also, we are giving the community some period of weeks depending on what we will agree on in this meeting, for us to conduct a formal Amananaowei election and CDC chairman, youth president as well as woman leader elections for that community.

“We want the major families that are there to put their heads together and come up with a workable ‘formula’ for the election. You have to decide whether the position of the Amananaowei should be open to all or rotated among the families in the community to have a peaceful process, so that if it’s not your turn, you don’t contest,” he said.

In their separate remarks, acting Amadowei of Kabokiri, Chief Ekiyor Ebidowei, Chief Pathfinder Ebikebina and Mr E.B. Oyinkuro all expressed gratitude to the state government for granting autonomy to their community.

While pledging to be a responsible community, they also vowed to remain loyal and committed towards supporting government’s policies and programmes at all times.