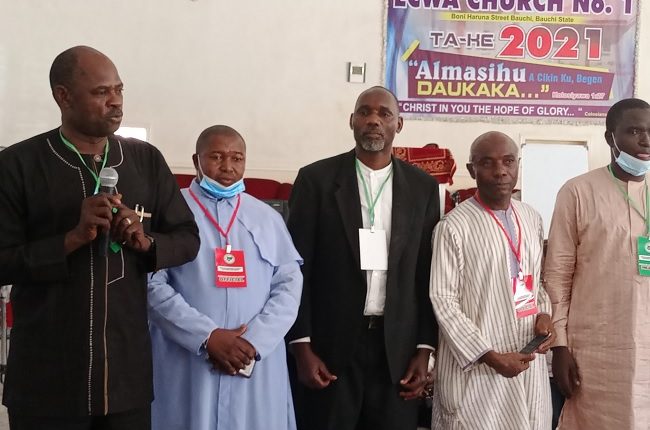 Bauchi State chapter of the Christian Association of Nigeria (CAN) has elected a new set of officials who will run affairs of the Chapter for the next three years.

In his post-election speech, Rev Abraham Damina Dimeus reiterated the need for unity in the church if it must play an active role in correcting the ills in the society, stressing that if people cannot have safety in the church then there is a very big problem.

Dimeus assured that the exco will study the records of the immediate past executive in order to be able to consolidate on the positive achievements while things that will promote Christianity will be emphasised.

He also promised that the ongoing project for the establishment of a college of nursing and midwifery will be continued to completion soliciting for support and cooperation from the members.

Earlier, the immediate past Chairman, Rev Joshua Ray Maina called for cooperation and unity among Christians in the state, lamenting that things are not done in the right way in recent times a development he said negatively affected the growth of the church.

He, however, said that the cordial relationship between Christians and Muslims in the state has positively improved.

Maina then encouraged the new exco members to see themselves as servant-leaders if they must succeed, stressing that “you have to be one united entity, carry everybody along and be opened in your leadership so that you can gain the confidence of the followers.”

Seplat stocks push market to positive close by 0.31 per cent