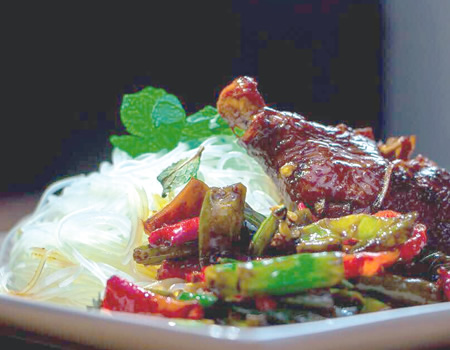 It was an experience at the Muri Okunola park where wide varieties of people; bakers, confectioners, vendors and Nigerian celebrities, came around to showcase their treat and baking skills.

The event tagged ‘Baileys Bake Fest’ was an exhibition and sales outdoor event  aimed at introducing lovers to an exciting and exquisite world of Baileys infused treats that cuts across confectionery and cocktails, held on Sunday at Lagos. 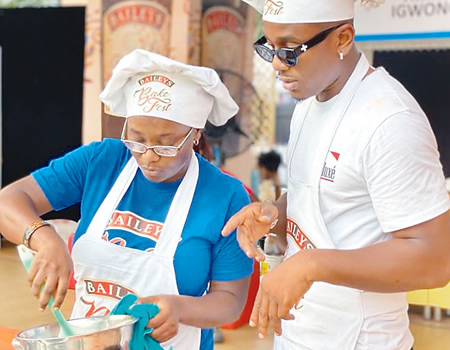 All four teams completed their menus and recipes with Baileys delight.

Team BimboNero, Bimbo paired with chef Unyime Bassey to make the evening recipe from minced meat, tote pie, pastry, and also made a fruit buffer infused with Baileys delight and later on, Baileys chocolate cake. Team Venuzzy of Venita and  chef Uzoma made a menu out of cocoa powder, whipped cream, chocolate burnish, Baileys delight and fruits to later win the N500,000 prize as second runner up at the fest. 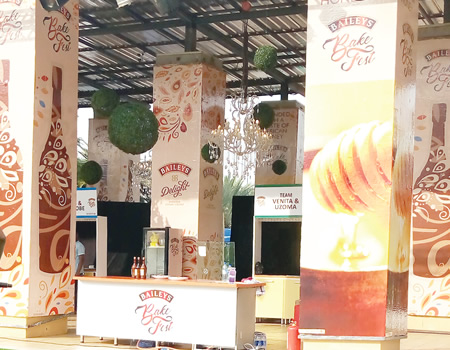 The fourth team which had on board Timini and chef Koks won N1 million Naira and next rated Baileys bakers award. His team menu was infused with mushroom, chicken Apricot pudding with Baileys, anglaise among others. Timini who spoke at the event said he has had the kitchen experience which made it easy to be a part of the fest.

Bimbo Ademoye who spoke with Xquisite food said it was a worthwhile experience as assistant chef at the fest.

‘’It’s been a wonderful experience, and I was paired with the best chef you know. We have our menu fused with the  African taste and crunchiness which we intend to showcase today’, she said.

Generally it was an exciting experience for attendees. With the available stands for vendors, many were able to enjoy the savory taste of different delicacies not eaten regularly.

Cohabitation before marriage: Pain or gain?

We won’t fold our arms while govt breaks the law with impunity —Omole, UI ASUU chairman

Immune boosting Recipes for this Season!