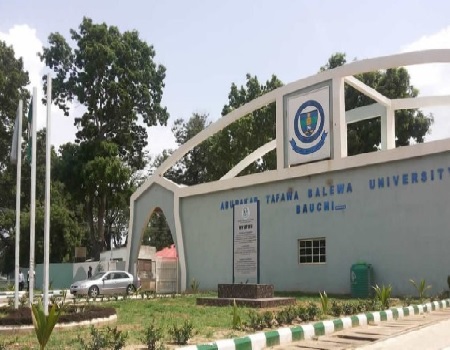 Members of the Abubakar Tafawa Balewa University (ATBU), Bauchi chapter of the Academic Staff Union of Universities (ASUU) have joined the ongoing two weeks warning strike declared by National Secretariat of union aimed at drawing the attention of the Federal Government to the rejection of IPPIS scheme.

While speaking with Journalists video a telephone conversation on Thursday, Chairman of ASUU, ATBU Chapter, Dr Adamu Babayo, said that the members decided to join the strike as directed by the ASUU national Secretariat as loyal union members.

He also said that after the National Executive Council (NEC) meeting held at the Enugu State University on Monday, the Union held its chapter Congress on Tuesday and resolved to join the strike having been convinced of its importance to the struggle.

Adamu Babayo said: “Yes, we have joined the strike. We are in full compliance with the resolutions of the NEC. We invited our members for a Congress on Tuesday. And the congress resolved to join the two weeks warning strike. On Wednesday morning, we inaugurated a monitoring team and it has started working on the campuses to ensure strict compliance by our members.”

The ASUU Chairman added that “Our members are fully agitated even from the mobilisation we did in January, our members are seriously agitated over the issues and we have maximum support and ATBU is a strong branch when it comes to the struggle in the union. So, our members have complied and are fully motivated for that action.”

He continued that no activities are going on in the installation and even the Postgraduate examinations that were going on had to be stopped because of the industrial action saying that the monitoring team is very vigilant and going round to ensure compliance stressing that disciplinary action would be taken on erring members.

Adamu Babayo also said the Federal Government is not sensitive to our memorandum of action it signed with the Union in February that they would fund Nigerian Universities and talk to governors on the proliferation of State Universities and mainstream their academic allowance.

“They also promised that our renegotiation will be concluded but six weeks after meeting with the President, they are not serious about it. The federal government is not sincere in trying to deal with the matter. Ordinarily, we would have gone on an indefinite strike because the last time, we only suspended the strike”, he laments.

He added: “You see, we go to the market, we feed our families, we were not on strike but up to this moment, they are yet to pay us our February salaries. They have refused to pay us even though we have worked. We are not even talking about our salary that they withheld, we are talking about the agreement they signed with us, they are not respecting this agreement.”

It will be recalled that ASUU had, on Monday, began a two-week strike to press the Federal Government to implement its 2019 agreement and resolution having been at loggerheads with the Federal Government over the introduction of the Integrated Personnel Payroll Information System (IPPIS) since last year to ensure transparency in salary payment.

Meanwhile, a former lecturer with the ATBU, Dr Idris Isiyaku Abdullahi, has described the ongoing warning strike by ASUU members across the country as unfortunate and uncalled for because according to him it is for selfish interest.

He explained that if fully implemented, the IPPIS will block financial leakage in the university system and create openings for the employment of more lecturers in order to bridge the existing shortage of manpower in most of the universities.

The former lecturer added that a situation whereby a few lecturers are using the existing system to enrich themselves has militated against infrastructure development of the Universities in the country.

Idris Isiyaku added that the leadership of ASUU is not telling the membership the truth and benefit of the new system because according to him, they want the ‘business as usual’ system to continue so that they will continue to be rich at the detriment of others.

He then appealed to the students to endure the hardship they will go through while the strike will last advising them to go back home and be useful to their parents before resumption.

He expressed optimism that, “this is going to be the last strike action in the university system because the government has made its stance clear that there’s no going back on the IPPIS system which means that many of the lecturers will not be able to endure the hardship they will go through and therefore will back out and join the scheme.”