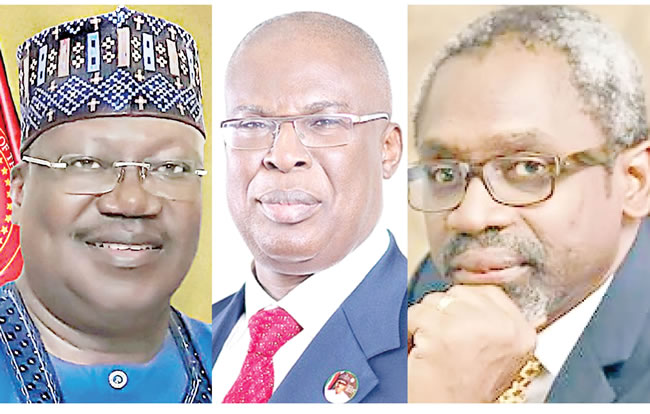 FOR close to five decades, crude petroleum has dominated Nigeria’s economy, accounting for about 90 per cent of the country’s foreign exchange earnings, 65 per cent of all government revenues and by 2018, it contributed 88 per cent of foreign reserves. Although the oil industry is not known to contribute mass employment, it has generated at least 600,000 employment opportunities through various projects in the last 10 years. According to statistics, the Industry has shaped Nigeria into the largest oil producer in Africa and the fifth largest LNG producer in the world.

Nonetheless, there is a belief among industry experts that the country has not make the most of the potentials which the industry holds like Saudi Arabia, Brazil and Russia had over the years. And so, for many years, various administrations have made efforts beginning from around 2007 with the introduction of Petroleum Industry Bill (PIB) to replace the existing collection of 16 laws and regulations. For 13 years however, not much progress was made although the eighth assembly passed a version of the Bill that President Muhammadu Buhari eventually refused to assent.

The journey to enacting a PIB began in 2000 when the Oil and Gas Sector Reform Implementation Committee (OGIC) led to the first National Oil and Gas Policy which identified the need to separate the joint commercial and regulatory roles fulfilled by NNPC. OGIC developed specific proposals, delivered in the Lukman Report, which advocated the separation and clarification of the various roles fulfilled by the Ministry of Petroleum Resources, NNPC and the Department of Petroleum Resources into clearly delineated and separate commercial, regulatory, and policy making institutions.

The current effort at enacting the PIB was submitted in March 2020 and updated in September 2020 covers four key areas: Governance, administration, host communities, and fiscals. While the petroleum industry governance focuses on the restructuring of industry governance framework such as commercialisation of Nigerian National Petroleum Corporation (NNPC), the Administration focuses on Administration/regulation of the industry by stipulating license/ lease requirements, terms and administration. The petroleum host communities’ development aspect talks about the establishment and funding of trusts for oil and gas host communities, while the Petroleum Fiscal framework focuses on introduction of new fiscal terms governing the industry such as taxes, royalties and allowances.

Already, the National Assembly has assured that it would pass the bill by the end of 2021 first quarter while a public hearing may hold in January.

Some of the key objectives of the PIB include; “To create efficient and effective governing institutions, with clear and separate roles for the petroleum industry; to establish a framework for the creation of a commercially oriented and profit-driven national petroleum company.

To promote transparency, good governance and accountability in the administration of the petroleum resources of Nigeria and to foster a business environment conducive for petroleum operations.

Also the provisions of the Bill reads as follow; Establishment of the Nigerian Upstream Petroleum Regulatory Commission; according to Section 4 of the Bill, this commission is to regulate upstream petroleum operations including technical, operational and commercial activities and also to ensure compliance with all applicable laws and Regulations governing upstream petroleum operations. It shall be a body corporate with perpetual succession and a common seal.

Incorporation of the Nigerian National Petroleum Company Limited (Section 53); the Minister shall within 6 months from the commencement of this Act, cause to be incorporated under the Companies and Allied Matters Act, a limited liability company, which shall be called Nigerian National Petroleum Company Limited (NNPC Limited). Ownership of all shares in NNPC Limited shall be vested in the Government at incorporation and held by the Ministry of Finance Incorporated on behalf of the Government.

Domestic Gas Obligations; as part of its obligations, the Nigerian Upstream Regulatory Commission shall prescribe and allocate the domestic gas delivery obligation on a lessee. As proposed, a lessee who fails to comply with the domestic gas delivery obligation shall incur a penalty of $ 3.50 per MMBtu not delivered, provided that, where the lessee has signed a gas purchase and sale agreement with a wholesale supplier of the strategic sectors, the penalty for failure to deliver shall be as stated in that agreement. The penalty amount may be adjusted as the Commission may prescribe in a regulation made under this Act.

Petroleum Industry Fiscal Framework; one of the objectives of this provision is to establish a progressive fiscal framework that encourages investment in the Nigerian petroleum industry, balancing rewards with risk and enhancing revenues to the Federal Government of Nigeria. The Federal Inland Revenue Service has been saddled with the responsibility of administering and collecting Government revenue in the petroleum industry.

In addition to the Hydrocarbon Tax, the Bill also proposes Companies Income Tax at the rate of 30 per cent on upstream petroleum operations.

Any Company or tax payer, who does not agree with an assessment made pursuant to section 285(6) of the Act, may appeal against the assessment to the Tax Appeal Tribunal established under the provisions of section 59 of the Federal Inland Revenue Service (Establishment) Act.

Section 260(1), hydrocarbon tax will apply to companies engaged in upstream petroleum operations in the onshore, shallow water and deep offshore. It does not however apply to associated and non-associated natural gas; and condensates and natural gas liquids produced from non-associated gas in fields or gas processing plants, provided the related volumes are determined at the measurement points or at the exit of the gas processing plant, regardless of whether the condensates or natural gas liquids are subsequently comingled with crude oil.

The desire is that the Nigerian oil and gas industry grows, however, growth requires capital and capital goes where it is competitive and investor confidence resides. Capital available globally to the oil and gas industry is also decreasing because of increased focus on carbon management and renewables over the long term and independence from oil and gas. Unlike historical cyclical trends where capital was temporarily redirected away from the sector during low commodity pricing but eventually returned when pricing recovers, the Industry is now seeing an increase in capital being redirected permanently away from the sector and unlikely to return.

The world (Africa in particular) is seeing new countries, previously unheard of in this sector, now emerge and be increasingly more effective to attract capital away from Nigeria. Many countries dependent on oil and gas resources are also not remaining still by aggressively pursuing competitive reforms to see their own resources are developed sooner and in support of their policies of energy independency from foreign supply.

Analysts believe that the right PIB will provide an opportunity to position Nigeria to attract capital by addressing two principles. The first is keeping total government take (i.e. tax, royalty, and NNPC’s share of deep-water profit oil) at globally-competitive rates; and the second is reducing the cost-of-doing-business in Nigeria.

The Nigerian oil and gas industry continues to suffer the highest project and operating costs relative to the rest of the world. Industry studies show that in 2016, Nigeria costs for new projects was 69 per cent higher than the global average and operating costs were 42 per cent higher than the global average. This is attributable to high security costs, significant administrative costs associated to overlapping government department oversight and duplicity of demands, approval delays, and the inability to allow Industry to optimise. Additionally, the Industry has been increasingly burdened with a plethora of fees, taxes, and levies which amount to 10 per cent cost increases.

A PIB which drives down the cost-of-doing business alone would increase the pool of value available to both Industry and government such that even at lower government takes, government would realise higher incomes attributable to cutting waste and increasing growth by attracting capital.

However, industry watchers maintain that the current 2020 draft PIB does not improve the investment environment for new project FIDs to be taken. As it is currently, government take on Nigeria’s pre-final investment decision Joint Venture (JV) oil projects is among the highest in the world. Also according to analysts, the PIB terms for Deepwater could lead to Nigeria foregoing over 30 per cent of its production potential in 2030.

While analysts posit that the PIB does present several strengths which the government should be commended for, they argue that as proposed, the bill does not improve Nigeria’s global competitiveness nor improve investor confidence.

Industry players recommend that the PIB should preserve base businesses, earned benefits, and contractual rights; ensure legislation which drives down Nigeria’s high cost premium, enable gas development by deregulating pricing, and simplify the tax system and administration to ensure clarity, and include a dispute resolution mechanism.

According to energy expert, Mr Bala Zakka, “A lot of investors have lost interest in Nigeria because the PIB has been hanging there for more than 10 years. When investors notice that a place is not looking conducive, they will look for another investment destination. Even if the PIB is passed today, you will not see the investors; it will be dead on arrival. When you look at even the investment climate, the level of insecurity is enough to scare away investors,” he added. What we have at the moment is very discouraging to investors, especially in deep-water,” Zakka said.

Also, a former Chairman, PetroAfrique Oil & Gas Limited Mr Adams Okoene was recently quoted to wonder why Nigeria would expect major investments, especially in deep-water, when fiscal incentives were not attractive. “Nigeria needs a PIB that looks into the future and put things in place to deal with the future, not a bill that is focused on the past and the present. The end of the oil industry is in sight because a lot of nations are already passing laws to ban fossil fuels, and Nigeria doesn’t seem to be taking cognisance of that fact that is staring us in the face. So, a PIB that does not take account of that is not a good bill.”

2020 in retrospect: Nigerians groan as pandemic brings economy to its knees