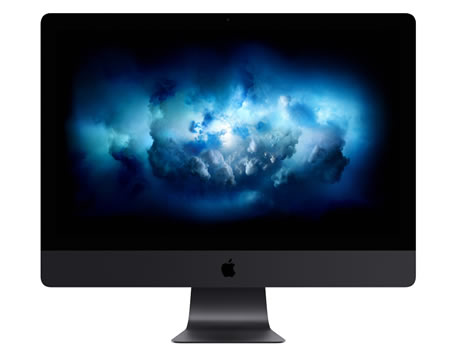 THE new iMac Pro will be released in a matter of days, giving Apple fans something to get excited again. The computer was unveiled as a surprise at the company’s Worldwide Developers Conference (WWDC) in June with a vague December launch date.

Apple Senior Vice President (SVP) of worldwide marketing Phil Schiller initially mentioned the imminent release date in a wide-ranging interview with the tech blog T3, promising that the computer would be available for purchase in “a matter of days.”

The company later contacted customers via email and confirmed that the official iMac Pro release date will be Thursday, December 14, according to CNBC.

Schiller also told T3 that the team behind the iMac Pro was dedicated to creating a computer “truly designed for pros,” and promised that the new machine inside, is a different computer from the last generation of iMacs.

We know from the WWDC announcement that the iMac Pro will be available in 8-core, 10-core, and 18-core Xeon processor options, with up to 16 GB of VRAM, 128GB of ECC memory, and 4TB of SSD. The design remains familiar from the more general iMac line, but the Pro adds a bold new 5K display, which will be capable of supporting up to 44 million pixels.

YouTube personality Marques Brownlee was given the iMac Pro for a week ahead of the launch and recently posted a video about his thoughts on the system.