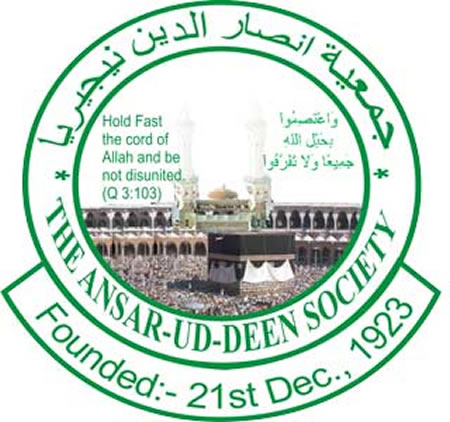 THE Ansar-Ud-Deen Society of Nigeria (ADS), Oke Ado branch, Ibadan, established  on 7 May, 1967, is set tocelebrate its golden jubilee with a number of events, starting with “Youth Forum and Anniversary Special Asalatu” on Sunday, 30 April, 2017.

According to the chairman of the 50th Anniversary Committee, Alhaji F. S. Ladapo, the grand finale of the anniversary, slated for Sunday, 7 May, 2017, will feature a fundraiser for a N20 million school project and presentation of merit awards to 22 recipients, including a posthumous award for the late Alhaji Chief Muibi Olalere Akanbi, father of Senator Ridwan Adesoji Akanbi, at ADS Islamic Centre, Liberty Road, Ibadan.

He said visits to the Oluyole Cheshire Home and FOMWAN Orphanage and a free medical check are scheduled respectively for Monday, 1 April and Tuesday, 2 May, 2017.

Alhaji Ladapo said a special jumat service will take place on 5 May, 2017, to be led by ADS Oyo State missioner, Dr Bashir Elesinmeta, starting from 12 noon.

He added that Senator Ridwan Adesoji Akanbi is chairman for the grand finale, where successful entrepreneur, Alhaja Sidikat Bolade Aderibigbe, will be chairperson.

Alhaji Daud a Adisa Ladapo, the Babaloja of Oyo State, will be the chief launcher for the day.